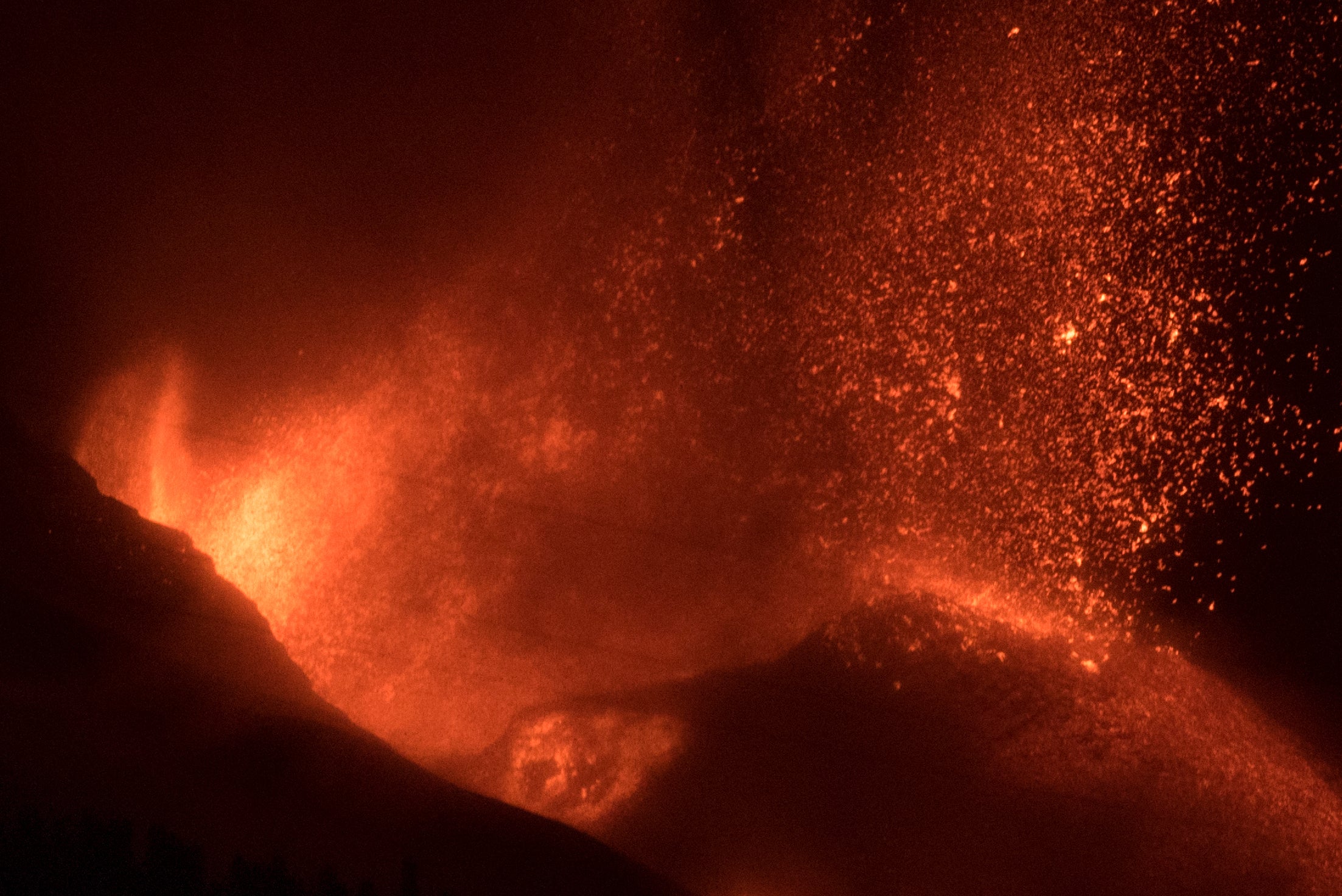 The Cumbre Vieja volcano, pictured at night from El Paso, spews lava, ash, and smoke, in the Canary Island of La Palma on October 11, 2021. – It has been almost three weeks since La Cumbre Vieja began erupting, forcing 6,000 people from their homes as the lava scorched its way across 1,200 acres of land. (Photo by JORGE GUERRERO / AFP)

SPAIN — Spanish officials on Tuesday ordered hundreds of more residents to leave their homes on La Palma in the Canary Islands, as lava continues to ooze from its volcano.

La Cumbre Vieja began erupting on September 19 and has already forced more than 6,000 people from their homes, with lava wrecking 1,200 buildings and scorching 600 hectares (1,400 acres) on the Atlantic island off Morocco’s coast.

Emergency services wrote on Twitter on Tuesday that a new evacuation order had been issued “owing to the forecast of the advance of the lava flow”.

“The 700 to 800 people affected by this evacuation order should leave their homes, with their belongings and pets,” the services tweeted, telling the residents to go to a meeting point in the western town of Los Llanos de Aridane.

On Monday, about 3,000 people were ordered to stay indoors after lava destroyed a cement works and raised fears that toxic gases might be released.

Despite the massive damage caused by the eruption on La Palma, home to 85,000 people, nobody has been killed or injured.

It is the island’s third volcanic eruption in a century, the last one taking place in 1971.