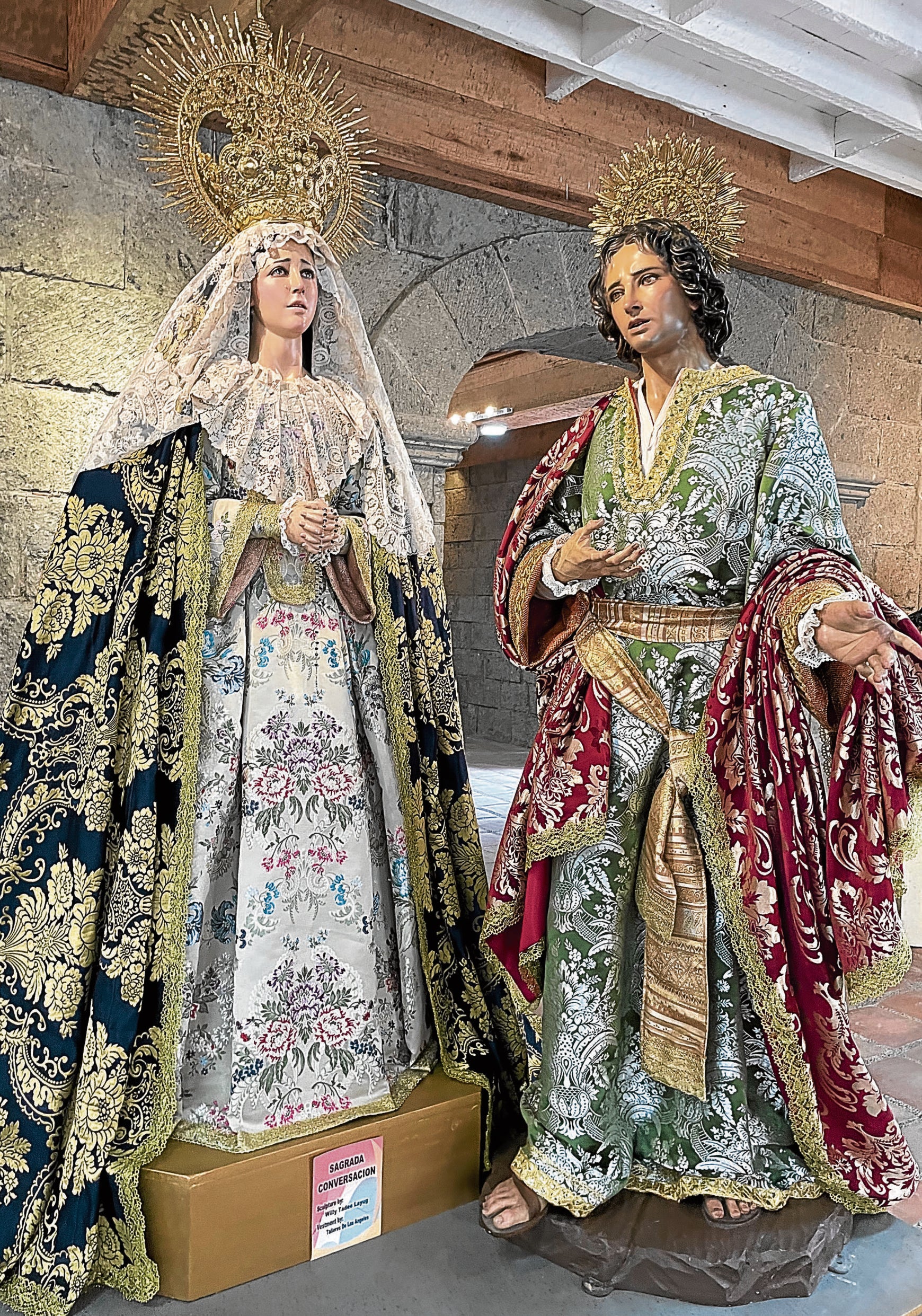 HOLY IMAGES These religious images created by the expert hands of Kapampangan sculptor Willy Layug show unique techniques he learned through an apprenticeship in Spain. A master in religious art, Layug has been recognized by the Vatican and the Philippine government. —PHOTOS BY TONETTE OREJAS

GUAGUA, PAMPANGA—The national art fair, ManilART 2021, is holding satellite exhibits again in the provinces, including Pampanga where it features a religious theme, according to an official of the National Commission for Culture and the Arts (NCCA).

Del Sol said it was the first time that ManilART organized an exhibit with a religious theme since the project began in 2009. The Guagua exhibit is being held at the museum of sculptor Willy Layug. The museum sits right in the middle of a 2-hectare property called Villa de Viatarit at Barangay San Agustin in the woodcarving district of Betis, a former town in Pampanga. 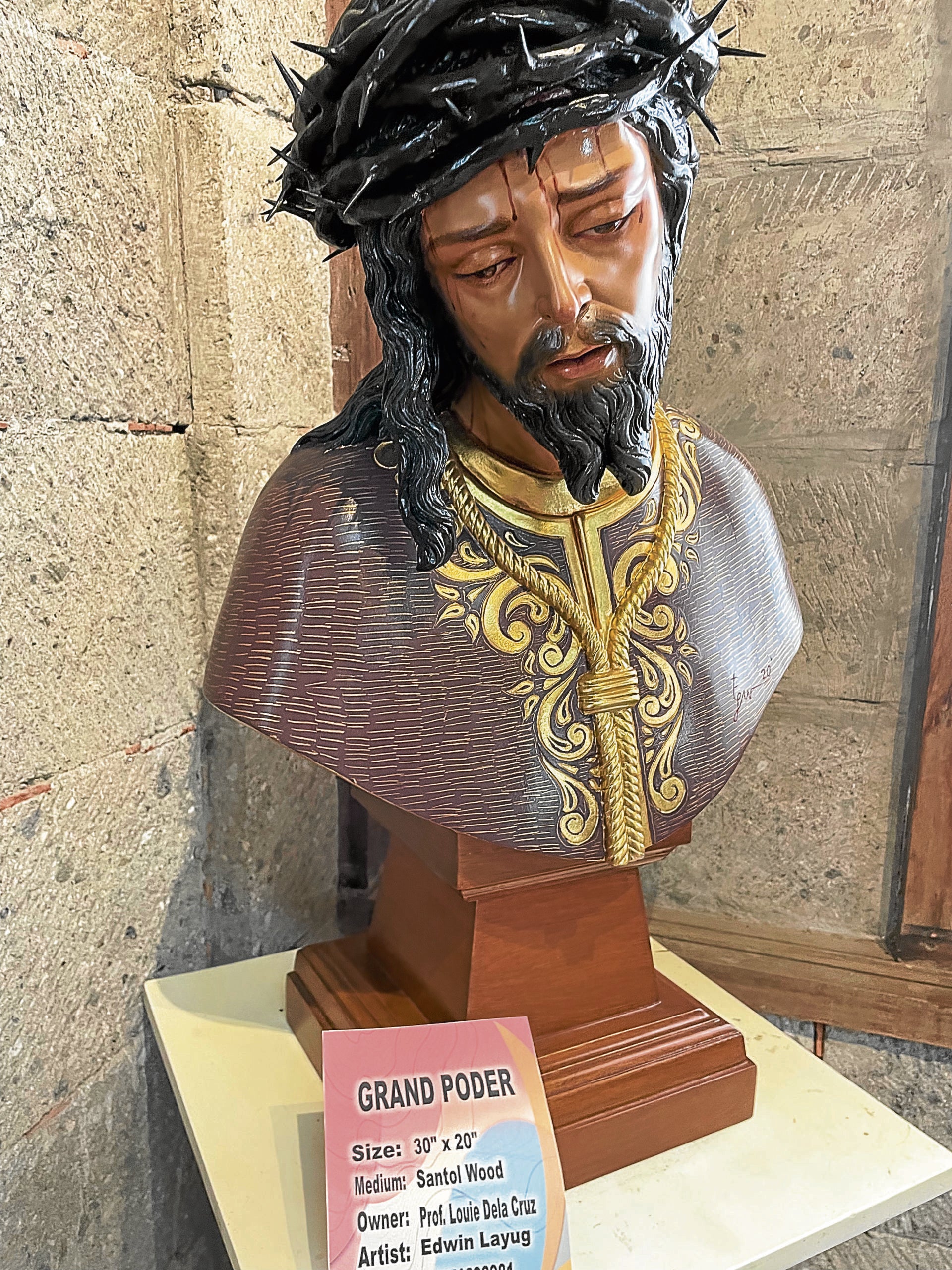 Antonio Gallo, head of the consular chancery of the Embassy of Italy, led the opening of the exhibit on Oct. 9.

On display are about 20 works of various sizes by Layug and several artists. Some images show unique techniques like estofado which Layug learned through an apprenticeship in Spain.

In 2016, Layug received the Pro Ecclesia et Pontifice (For the Church and the Pope) medal that the Pope gives to laypersons for their exemplary service to the church. Layug was granted the Presidential Medal of Merit from then-President Gloria Macapagal-Arroyo.

“This promotes tourism in our town and of course, the works speak of our Christian faith,” said Mayor Dante Torres during the opening as he thanked the NCCA and NCAG for organizing the event. The main fair will be held at SMX Convention Center in Taguig City from Oct. 13 to Oct. 17.

Layug said the suspension of the Dukit (woodcarving) Festival has delayed the training of young people in the craft. A house beside the museum is planned to be a training center. Among ManilART’s satellite sites this year are Likhang Silangan in Rizal province, Tarlac Art in Tarlac province and Balai Kalipay in Mindanao. —TONETTE OREJAS