46 CAFGUs beef up security vs NPA in Aurora 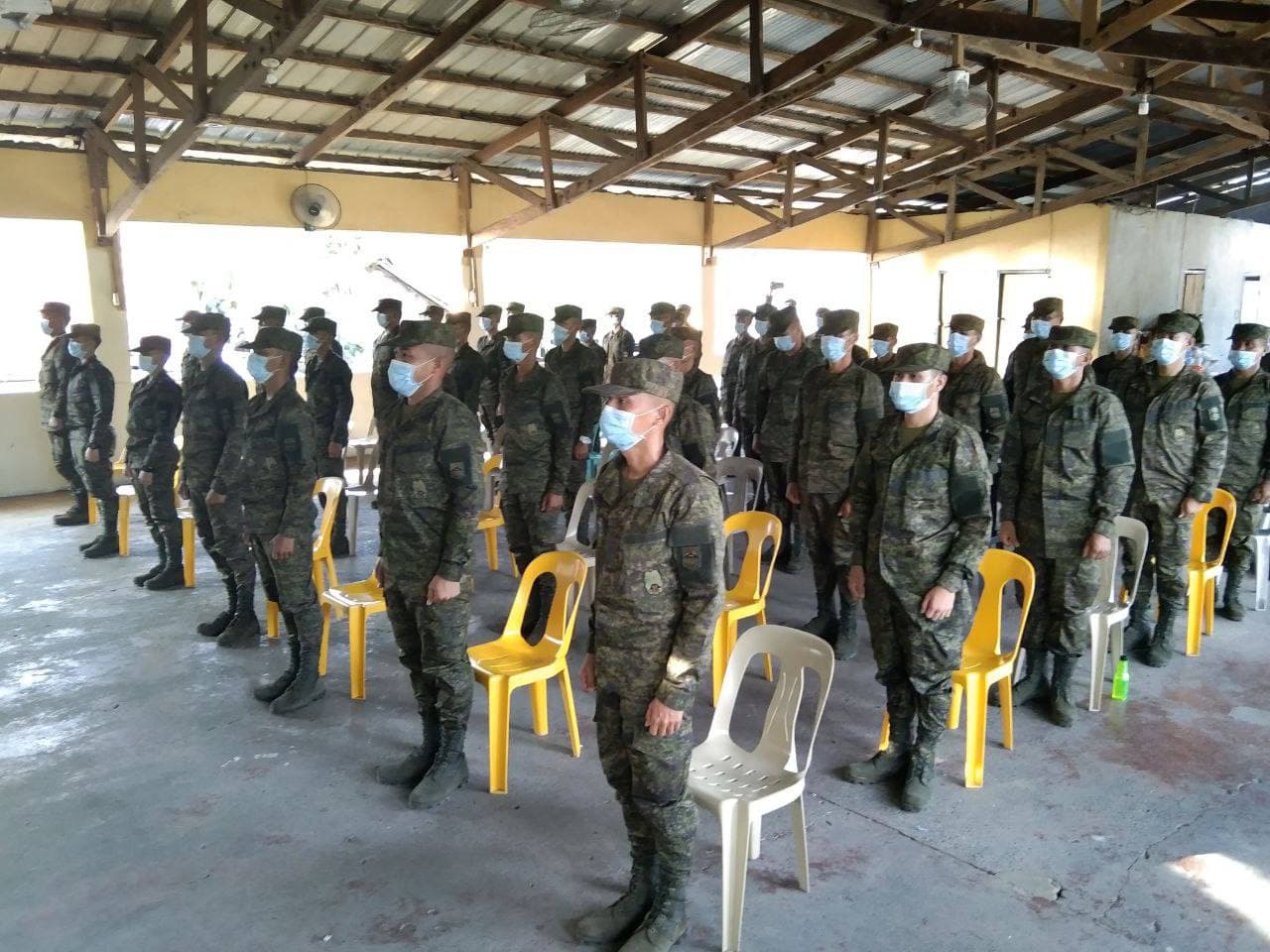 At least 46 paramilitary troops have been deployed to Aurora to help the Philippine Army fight the New People’s Army there. (Photo courtesy of Fort Magsaysay)

The members of the Citizen Armed Force Geographical Unit (CAFGU) under the Active Auxiliary (CAA) were sent off last Oct.  9, the 7th Infantry Division said in a statement from Fort Magsaysay in Nueva Ecija.

Rubio said the CAA is an “essential component of our administrative and operational clear-hold-support methodology, an important element in winning our counterinsurgency campaign in protecting the communities and the people from the coercive and abusive acts of the CTGs [communist terrorist groups].”

The last known intensified operations in Aurora were in September last year when soldiers clashed with members of the Southern Tagalog  Regional Party Committee.