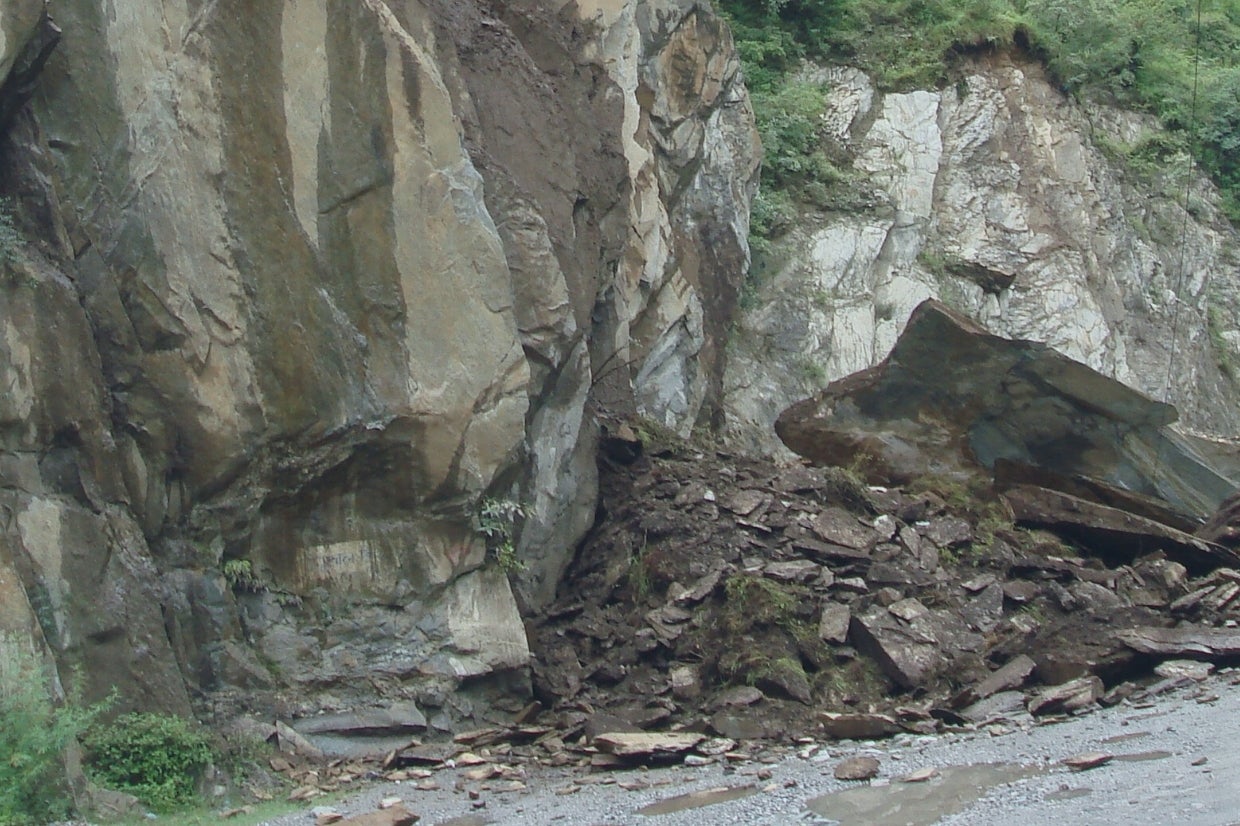 BAGUIO CITY––At least four people were trapped inside their house in this city due to a landslide after torrential rains spawned by Severe Tropical Storm “Maring” (Kompasu), authorities said Tuesday.

The City Disaster Risk Reduction and Management Office (CDRRMO) said one of the trapped residents in Barangay Dominican Mirador was rescued, but the three others remained missing.

Twelve other families or 56 individuals from the City Camp Central, Happy Homes-Old Lucban, and Irisan villages were transferred to the CDRRMO evacuation center.

Authorities also reported at least 10 incidents of landslide and soil erosion and five incidents of floodings in the city.

Maring was estimated on Tuesday morning to be at 170 kilometers West of Calayan, Cagayan, according to the Philippine Atmospheric, Geophysical, and Astronomical Services Administration.

It packed maximum sustained winds of 100 km per hour (kph) near the center, gustiness of up to 125 kph, moving westward at 20 kph.