Is it a bird? Is it a plane? No, it's the first bisexual Superman | Inquirer News
Close
menu
search

Is it a bird? Is it a plane? No, it’s the first bisexual Superman 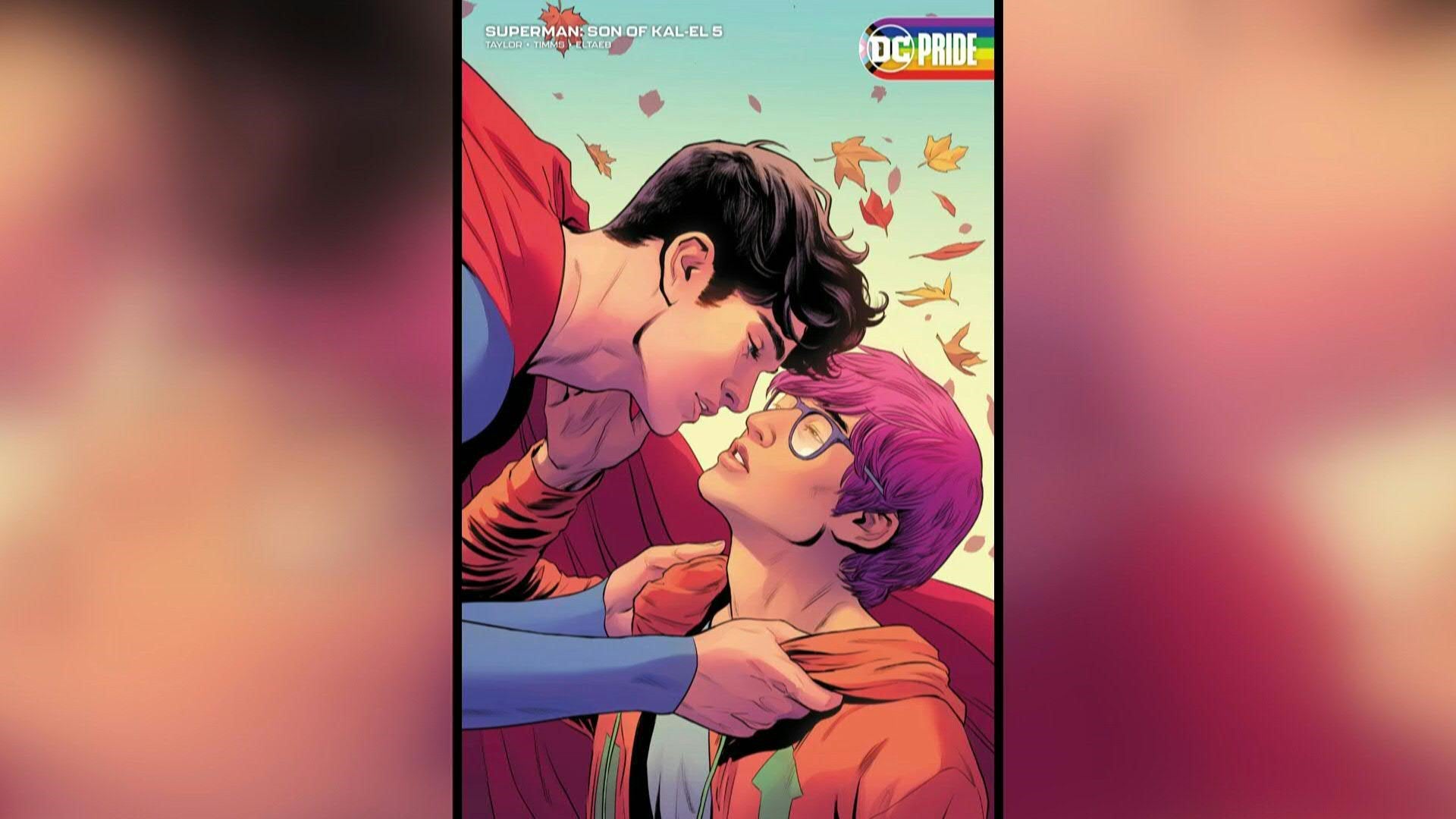 Photos show drawings of a new Superman, who DC Comics has announced is the son of Clark Kent and Lois Lane and will have a romantic relationship with a male friend. The storyline will feature in ‘Son of Kal-El’ issue five, due to hit shelves on November 9. /AFP

NEW YORK —  Superman fell for a reporter and now his son is doing the same, although this time the superhero’s love interest is a man called Jay.

DC Comics announced on Monday that the new Superman, who is the son of Clark Kent and Lois Lane, will have a romantic relationship with a male friend.

Jon Kent and budding journalist Jay Nakamura struck up a friendship in a story released in August. They will share a kiss in a comic to be published next month, the publisher said, describing Kent as “bisexual.”

“Following a scene where Superman mentally and physically burns out from trying to save everyone that he can, Jay is there to care for the Man of Steel,” DC Comics said.

The storyline will feature in “Son of Kal-El” issue five, due to hit shelves on November 9, the publisher said in a press release headlined “Jon Kent finds his identity.”

“Today, more people can see themselves in the most powerful superhero in comics,” said Tom Taylor, who writes the series.

Fans took to social media to express their joy at the development.

“This news about Superman makes my queer heart glad, knowing the positive impact it will have on so many young folks today & in the future,” tweeted actor Anthony Rapp.

The coming out of America’s most famous superhero comes as more comic books embrace diversity.

The latest Robin in the Batman comics came out as bisexual in August.

While the new Superman is not the first LGBTQ comic book character, he is arguably the most recognizable.

“Nowadays, we live in a less closeted age. That’s an absolute good,” said Ben Saunders, director of comics and cartoon studies at the University of Oregon.

“One consequence might be that the mainstream culture has caught on to what some people have known all along: superheroes have always been, at least potentially, a bit queer,” he told AFP.

DC Comics made the announcement on National Coming Out Day. US President Joe Biden released a statement saying his administration was “committed” to fighting for LGBTQ rights.

In the “Son of Kal-El” series the new Superman has already been proving himself a different type of superhero to his father.

He has been fighting a number of social justice issues, including tackling wildfires sparked by climate change and protesting the deportation of refugees.