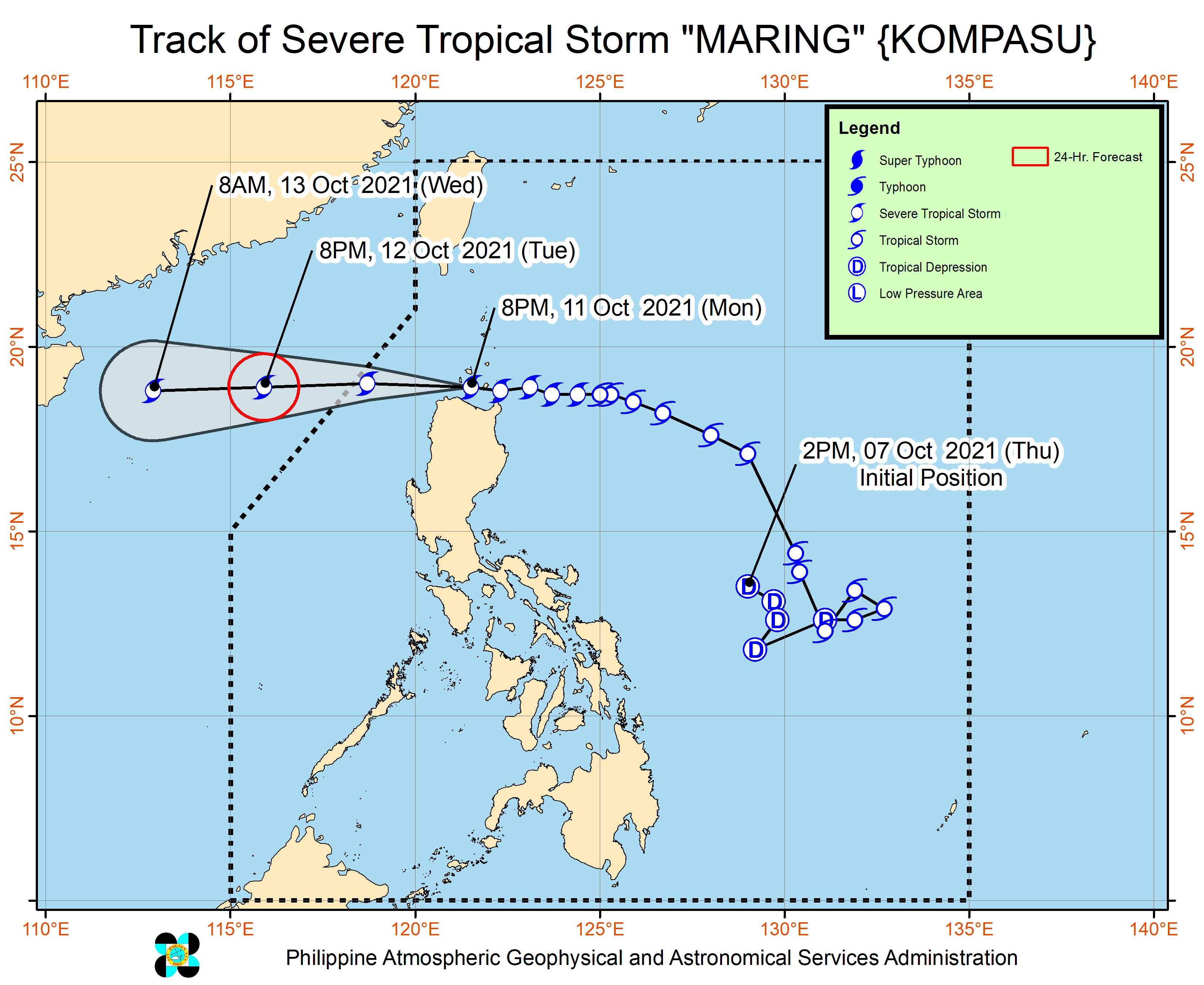 According to Pagasa, Maring made landfall at Cagayan at 8:10 p.m., its eye was located over the coastal waters of Aparri (Fuga Island), Cagayan as of 10:00 p.m.

It is currently moving westward 15 kilometers per hour (kph) and has maximum sustained winds of 95 kph and gustiness of up to 145 kph.

Pagasa warned of heavy to intense with at times torrential rains over Batanes, the northern portion of Cagayan including Babuyan Islands, Cordillera Administrative Region, and Ilocos Region. While Moderate to heavy with at times intense rains are highly likely over the rest of Cagayan.

“Under these conditions, widespread flooding (including flash floods) and rain-induced landslides are highly likely,” warned Pagasa.

Pagasa said Maring is expected to leave the Philippine area of responsibility or PAR by Tuesday morning.

Signal No. 2 (Damaging gale to storm-force winds prevailing or expected within 24 hours)

Signal No. 1 (Strong winds prevailing or expected within 36 hours)

Below is the list of rescue and emergency hotlines for residents affected by Maring in Cagayan:

Posted by The Northern Forum – Cagayan Valley on Monday, October 11, 2021