National Planetarium closed for now as building set for decommissioning 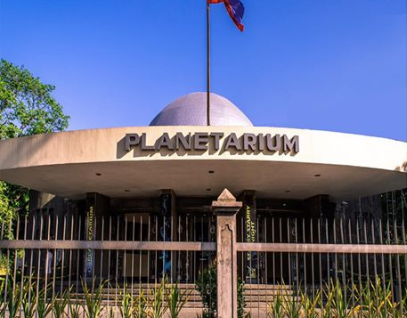 MANILA, Philippines — The National Planetarium located in Manila City’s Rizal Park will temporarily shut its doors to give way for the decommissioning of its building, the National Museum of the Philippines announced Monday.

In a Facebook post, the National Museum said that the 46-year-old building will be decommissioned to give way to the development plans of the National Parks Development Committee (NPDC).

“There are times in the life of a beloved institution where a long chapter has to be brought to a close in order to start a new one, for a new contemporary world and a new set of generations of Filipinos,” the National Museum management said.

“Thus it is, with a measure of sadness, fondness, and nostalgia – but also with anticipation and excitement for its future, that we announce the temporary closure of the National Planetarium as an institution and the decommissioning of its 46-year-old premises in the central section of Rizal Park, Manila,” it added.

Posted by National Museum of the Philippines on Monday, October 11, 2021

The National Museum management admitted that it is sad about decommissioning the National Planetarium building, which has been a landmark in the city of Manila.

The National Planetarium, before the COVID-19 pandemic disrupted normalcy, was a favorite attraction at the Rizal Park. It was also a usual part of almost every school’s educational field trip as it was just a stone’s throw away from the historic walled city, Intramuros.

In January 2019, the National Planetarium reopened after being closed for two months prior, due to renovation works.

“We are sad to retire the old building, which has in its own way been a landmark in Manila and a pillar of the National Museum of the Philippines as a whole, but we are excited and motivated to work to deliver a new facility that will breathe new life into the National Planetarium as a beloved institution,” the National Museum said.

“Stand by for the announcement of our plans, currently in the development stage, for a new National Planetarium truly worthy of the name in our present time, and which will be designed to serve the public well for many more decades to come with the unique experience that only a world-class planetarium can provide,” it added.

READ: Did you know: National Planetarium