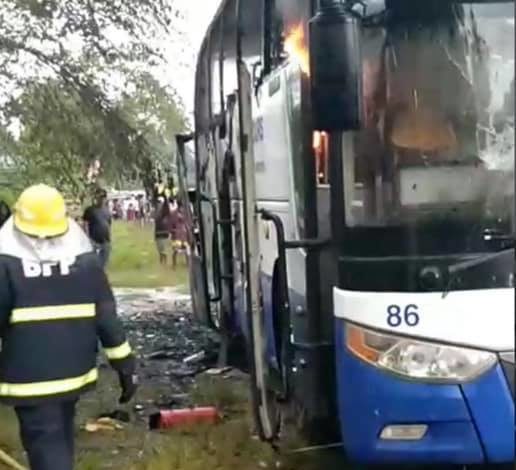 DATU ODIN SINSUAT, MAGUINDANAO––A Husky passenger bus with 20 people on board was traveling along the national highway in Barangay Kurintem in this town when it suddenly caught fire at 2 p.m. Monday, Oct. 11.

“I smelled something burning, like plastic. Then I saw thick smoke at the rear part of the air-conditioned bus,” Ismael Kamensa, a passenger, told reporters. “All of us, including the driver and conductor, are safe,” he added.

Fire officers said they were still investigating what triggered the fire.

It started from the rear portion of the engine compartment of the bus.