Zubiri thinks any Filipino given Nobel must get Senate medal; bats for rules modification 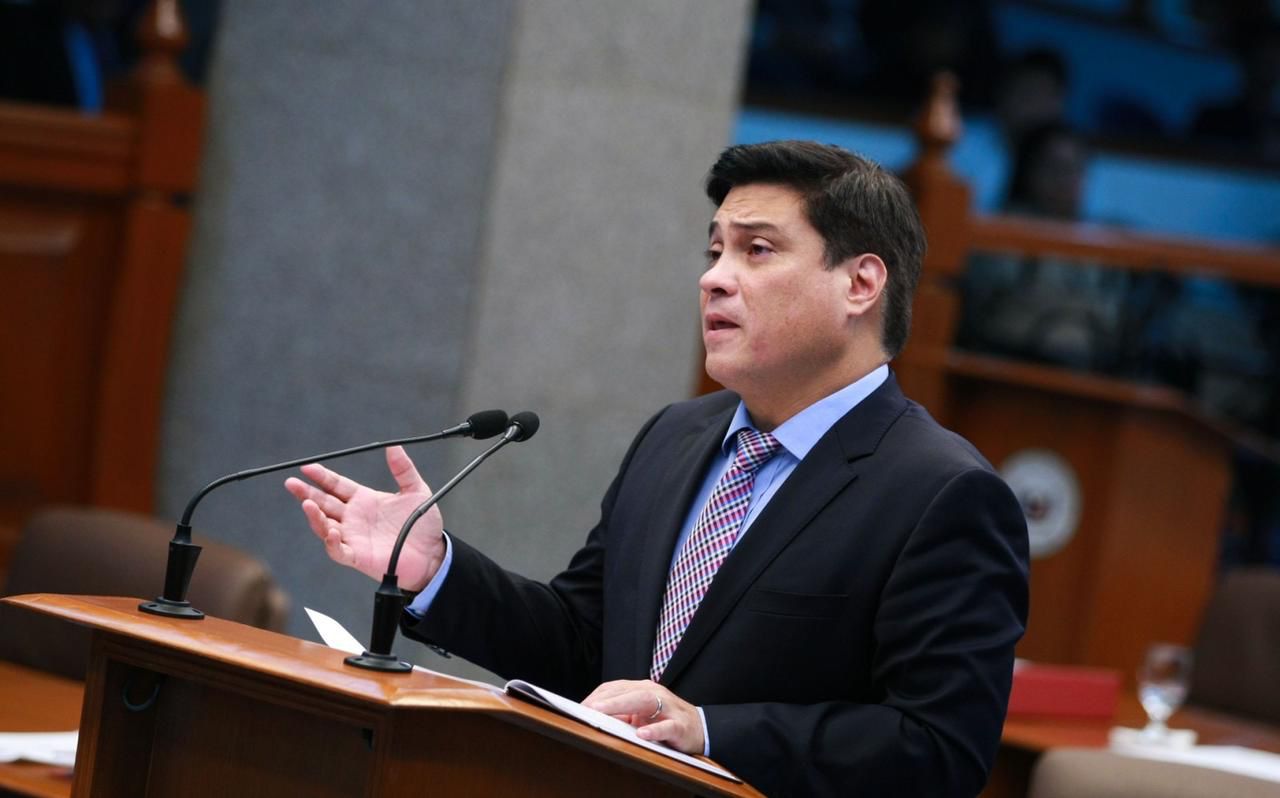 MANILA, Philippines — Instead of voting to ascertain whether an individual is worthy of the Senate Medal of Excellence, Senator Juan Miguel Zubiri has proposed changing the rules so that Filipinos awarded prestigious citations like the Nobel Peace Prize would be automatically given the medal.

According to Zubiri, while he himself believes that any Filipino who gets the Nobel Peace Prize award is deserving of the Senate Medal of Excellence, there is a provision in the Senate rules which state that the medal is given only if senators unanimously agree.

The issue came out after journalist Maria Ressa bagged the 2021 Nobel Peace Prize, becoming the first Filipino to receive such recognition.  However, it was reported that the Senate was at a crossroads as to whether Ressa should get the medal, as her Nobel acknowledgement stems from her stand against President Rodrigo Duterte’s administration.

“I personally believe that any Filipino who is awarded the Nobel Peace Prize should get the Senate Medal of Excellence. And Maria Ressa’s win is especially remarkable and worth celebrating for being the first Nobel Peace Prize awarded to a Filipino,” Zubiri said in a statement.

“But the Senate Medal of Excellence is an institutional recognition, so the whole Senate body has to be in agreement, as worded in the approved resolution creating the award,” he added.

Zubiri said that it was Minority Floor Leader and Senator Franklin Drilon who proposed changing the rules on how awards should be given in order to avoid cheapening the Senate Medal of Excellence which may be just handed out to people not deserving of it.

He also said that it is how the country’s Olympic medalists were given the award — each awardee was deliberated and unanimously voted upon to receive the Medal of Excellence.

“As I recall the discussions on this award, our distinguished Minority Leader Sen. Franklin Drilon had concerns that the award may just be given to anyone not deserving of the Senate’s standards of achievement and may cheapen the distinction of the award, so he proposed an amendment and moved to insert a phrase,” the senator said.

“This was adopted unanimously by the Senators and can be read clearly on the last paragraph of the approved resolution amending our rules for the creation of this medal. Reading the transcripts of our records that day, even the Senate President agreed with Sen. Drilon that it should be a unanimous vote and not just unanimous consent,” he added.

But Zubiri said he is open to amending the rules, which would make Nobel Peace Prize awardees and other Filipinos who would get certain awards like the Turing Awards, Olympic medals, and the Magsaysay awards to be automatically given the Senate Medal of Excellence.

“If my colleagues wish, we can amend our rules further to clarify that for certain awards such as the Noble Peace Prize, Turing Awards, Magsaysay Awards, and Olympic Medalists, the Senate Medal of Excellence can be given automatically. That can be discussed and proposed, and we only need a majority vote of all those present to amend our rules under Sec. 136,” Zubiri said.

“And to be sure, this will be taken up immediately when we resume session in November. We will have to clarify when the clause for a unanimous vote does and does not apply, and if need be, we will introduce the proper amendments to avoid any further confusion in the future. Until then, I join the whole country, not just as a legislator but as an ordinary Filipino, in celebrating Maria Ressa’s historic achievement,” he added.

While there was broad support for Ressa after receiving the Nobel — including some senators who hailed her win — reports from the Philippine Daily Inquirer earlier indicated that the Senate is supposedly torn about granting the journalist with the Senate Medal of Excellence.

With the current composition of the Senate, which includes a number of Duterte allies, it appears impossible that Ressa would be given the medal through a unanimous vote.

Senator Ronald dela Rosa — a loyal follower of Duterte — has said he disagrees with the Norwegian Nobel Committee’s decision to give Ressa the prize. Dela Rosa was Duterte’s first Philippine National Police chief and principal implementer of the war on drugs.

“If the basis for awarding her is that she fought for press freedom then mali ang awarding body niyan. Mali. Hindi ako agree. Dahil meron naman tayong press freedom,” he told reporters in an online interview.

(If the basis for awarding her is that she fought for press freedom then the awarding was wrong. I don’t agree with it. Because we have press freedom.)

(I don’t know about the motivation in giving the award to Maria Ressa, I really don’t know, but personally, since you’re asking me, I find it wrong.)