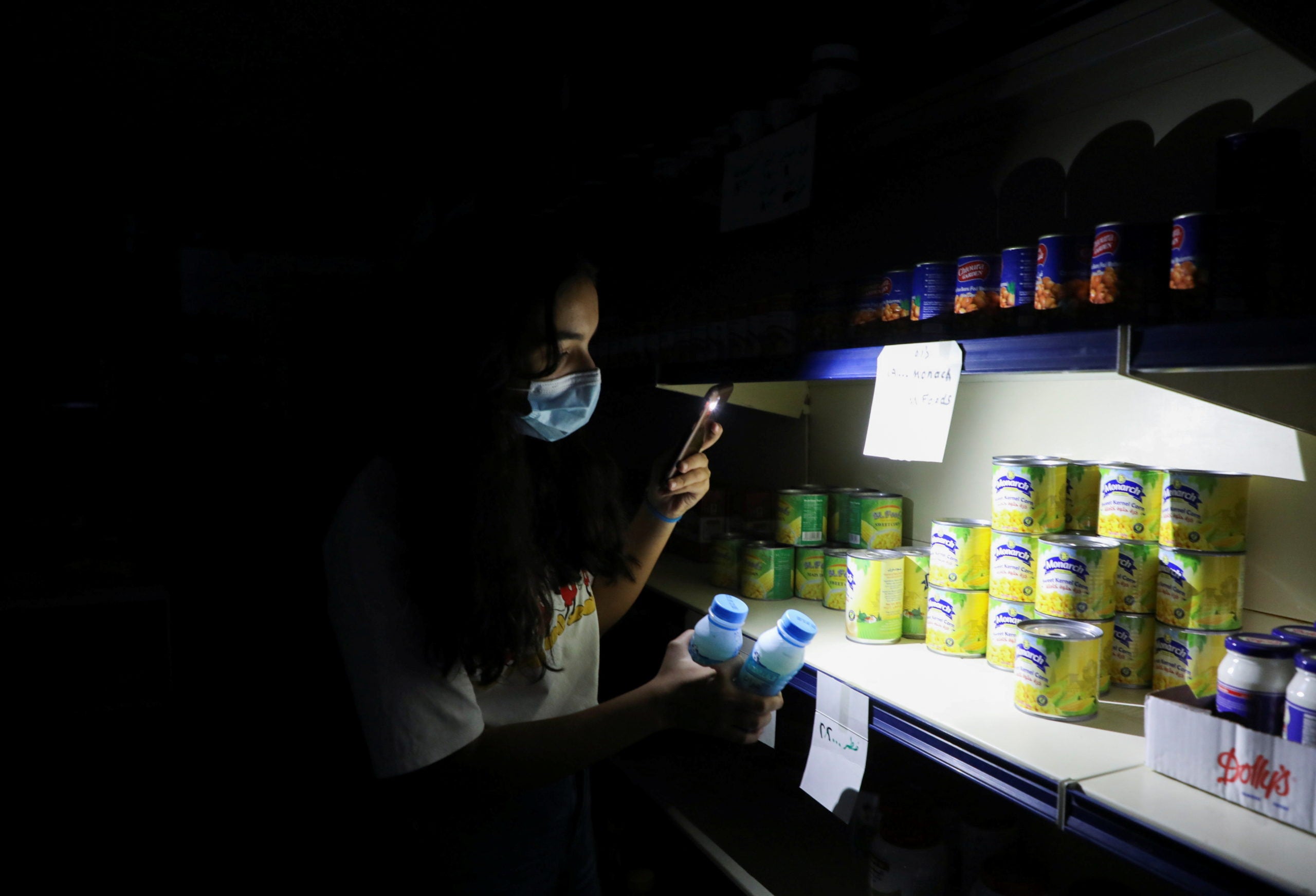 A customer uses her phone’s torchlight in a grocery store during a power cut near Bhamdoun, Lebanon, October 9, 2021. REUTERS/Mohamed Azakir

DUBAI — Lebanon’s power supplies were back to normal on Sunday after a blackout the previous day when the country’s two biggest power stations shut down because of a fuel shortage, the Energy Ministry said.

The ministry said it had received central bank approval for $100 million in credit to issue fuel import tenders for electricity generation, adding the country’s grid had resumed supplying the same amount of electricity as before the complete outage.

The Lebanese army agreed on Saturday evening to provide 6,000 kiloliters of gas oil distributed equally between the two power stations, the state electricity company said in a statement reported by the official National News Agency.

Lebanon has been paralyzed by an economic crisis that deepened as supplies of imported fuel have dried up. The Lebanese currency has fallen by 90% since 2019.

Many Lebanese normally rely on private generators that run on diesel, although that is in short supply.