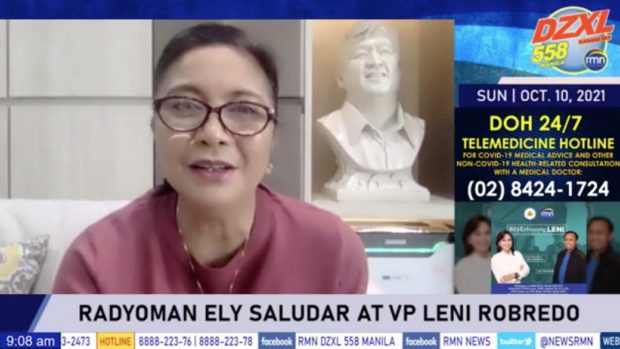 MANILA, Philippines — Before formalizing her 2022 presidential bid, Vice President Leni Robredo revealed on Sunday that she initially planned to either step back from politics or to run for a local post.

(My plan was either to rest or to run for office locally.)

(In the past months, since August, we tried to talk to candidates and groups. We’re looking for ways to unite. That’s the path we’re taking.)

Robredo has declared that she will join the presidential race and lodged her certificate of candidacy on Thursday, a day before the last filing day.

The vice president said that she has exhausted efforts to unite and only have one opposition candidate for president, to no avail.

(We worked at unification where I would just help national candidates and I will return home and serve there.)

(But it did not end well. What we were praying for did not happen.)’

(I realized that it is really difficult. It’s hard to unite if there is no alignment in beliefs and paths to take.)

Robredo also bated that she seriously contemplated running for the highest post when the opposition coalition 1Sambayan nominated her as their presidential bet.