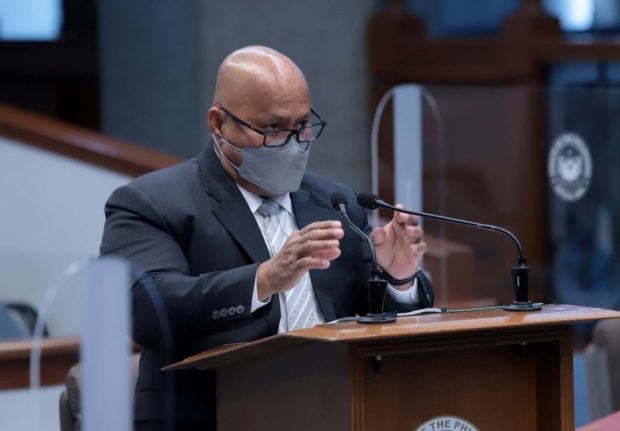 MANILA, Philippines–Senator Ronald “Bato” dela Rosa said he is not only ready to face the allegations on extrajudicial killings (EJKs) but also “willing to live in hell” if the issue is thrown at him during the campaign period.

Dela Rosa is gunning for president in the 2022 elections.

As former police chief, Dela Rosa spearheaded the government’s bloody war on illegal drugs. He is among those charged for crimes against humanity before the International Criminal Court.

So when asked over DWIZ on Saturday about the possibility that the EJKs issue could be used against him during the campaign, the senator said: “Well, expected ko na yan. Yun lang naman talaga ang bala na pwede nilang itira sa akin.”

(That’s expected. That’s the only issue they can use against me.)

(I’m willing to live in hell if we reach that point. I can face anything for war on drugs.)

(I have  balls. I will not run away from it. I will face it)

Dela Rosa reiterated they only want to keep Filipinos safe by stopping illegal drugs in the country.

(I don’t care what happens to me. I did not do it for myself. I had no personal agenda in our war on drugs.)