‘You fought the good fight’: Condolences pour in for Chito Gascon’s death 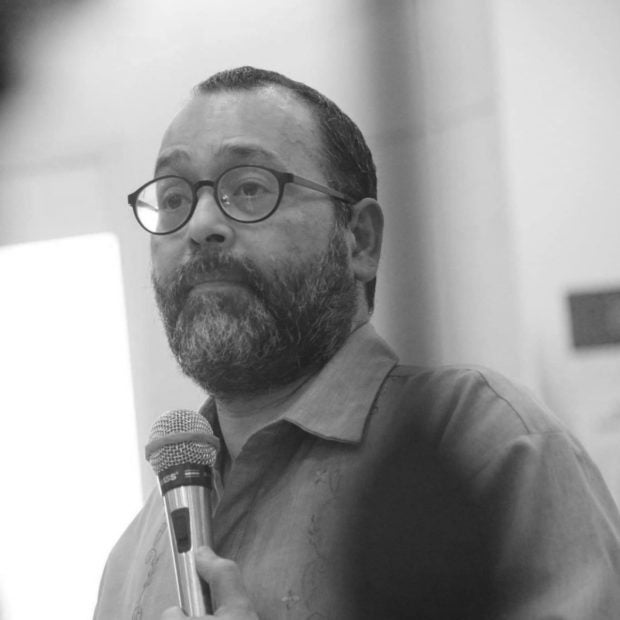 MANILA, Philippines — Condolences have poured in over social media following the death of Commission on Human Rights (CHR) Chairperson Chito Gascon, who has been hailed as a champion for human rights.

Hours after his death, the CHR changed the profile picture of its Facebook and Twitter page into a black and white logo of the CHR to mourn the death of its leader.

Posted by Commission on Human Rights of the Philippines on Friday, October 8, 2021

“Sa trabaho niya at aktibismo (In his work and activism), Chito touched many lives. He was a student leader, advocate, and mentor that so many looked up to… His was a constant light in these dark times. It is now up to all of us to tend to this light. May we all honor his legacy by following his example of compassion, courage, and integrity,” Robredo said in a statement.

On Twitter, Supreme Court Associate Justice Marvic Leonen praised how Gascon “stood [his] ground and inspired many.” “You will be missed,” Leonen said of the late CHR chairman.

“Chair Chito Gascon, rest in power. You fought the good fight. You stood your ground and held fast. You took the fight to the enemy. You were a giant for human rights. The forest is barer because of your fall, but the seeds that you planted will yield fruit,” said Te.

Senator Richard Gordon said he was saddened by the passing of Gascon.

“I am saddened to hear the news that COVID-19 has claimed another life in Chairman Chito Gascon of the Commission on Human Rights this morning,” the senator said.

For Human Rights Watch Senior Philippines Researcher Carlos Conde, Gascon’s advocacy for human rights “under these trying times” will not be forgotten.

Meanwhile, lawyer Tony La Viña described the death of Gascon as “a day of mourning.”

“Paalam at salamat (Goodbye and thank you), Chito Gascon. This is a day of mourning. Setting aside politics momentarily to remember a good friend, a servant of the people, a true believer and advocate of human rights,” La Viña said.

A former student leader and activist himself in his youth, Gascon, who became a member of the Constitutional Commission, was instrumental in the passage of a legislation allowing the youth sector to participate in governance through the Sanggunihang Kabataan.

Renato Reyes Jr., secretary-general of the Bagong Alyansang Makabayan, also extended sympathy to the family and friends of Gascon.

“We grieve with the human rights community over his untimely passing. We pay tribute to his work in the CHR which included supporting the cause of thousands of human rights victims of the Duterte regime, providing a safe space and sanctuary for human rights defenders, and amplifying calls for accountability over the reign of terror of this regime,” said Reyes.

“We thank him for his valuable contribution to the struggle for justice and the full realization of human rights. At a time of escalating state terror, Chito’s voice will be missed. We are comforted by the knowledge that many will carry on the fight. Paalam at pagpupugay, Chito,” he added.

Defense Secretary Delfin Lorenzana likewise extended condolences to the loved ones of Gascon. He said the Department of National Defense “recognizes the great work done by the CHR under Chairman Gascon in the implementation of human rights laws.”

The Armed Forces of the Philippines, meanwhile, said Gascon’s “tireless work as a human rights champion and the watchful eyes of the CHR further pushed the AFP to advocate and abide by the principles of human rights and International Humanitarian Law.”

Read Next
US delegation to meet Taliban in first high-level talks since pullout — officials
EDITORS' PICK
Smart offers wireless fiber-like speeds to Filipino homes with country’s first 5G Prepaid Home WiFi
Pharmally’s Twinkle Dargani in tears when asked about missing documents
Corruption in PH: Where presidential aspirants stand
Two more sites at Robinsons Malls for temporary offsite passport services
BIR audits tax compliance of Pharmally
Holidays made best with Acer’s ‘Holidays at Home’ raffle promo
MOST READ
Roque ‘hurt’ after presidential aspirant did not adopt him in Senate lineup
Gordon: ‘How dare you ask for Filipinos’ vote when you failed them?’
Pharmally’s Twinkle Dargani in tears when asked about missing documents
WHO chief scientist say Omicron is very transmissible
Don't miss out on the latest news and information.