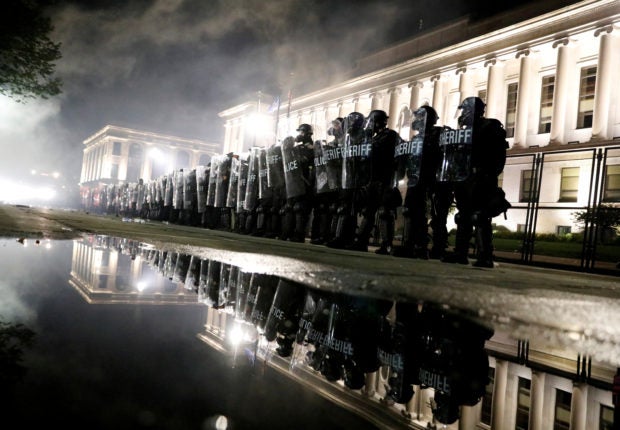 The U.S. Justice Department said on Friday it will not pursue federal criminal civil rights charges against a Kenosha, Wisconsin, police officer for his involvement in the August 2020 shooting of Jacob Blake.

Blake, who is Black, was shot by police several times in the back in front of his young children and was left paralyzed from the waist down. The incident sparked days of deadly protests against police brutality and racism in his hometown and across the United States.

In declining to bring criminal charges, Kenosha County District Attorney Michael Graveley found that Sheskey was acting in self-defense because Blake was armed with a knife and he had resisted arrest despite multiple Taser shots.

Blake’s father, Jacob Blake Sr, told ABC News that he was disappointed by the decision.

“I was expecting more from the administration than this. I was expecting much more than this,” he was quoted as saying. “I believe that we’re in a systematic racist system, and that this system was not set up for us.”

Two other police officers on the scene that day – Vincent Arenas and Brittany Meronek – returned to duty in January after previously being placed on paid administrative leave.

The Justice Department did not explicitly name the officer who will be spared of criminal civil rights charges in its announcement on Friday.

It said Blake’s family had already been told of the decision to decline to prosecute, which it made based on a lack of evidence to prove the officer willfully used excessive force.

“After a careful and thorough review, a team of experienced federal prosecutors determined that insufficient evidence exists to prove beyond a reasonable doubt that the … officer willfully violated the federal criminal civil rights statutes,” it said.