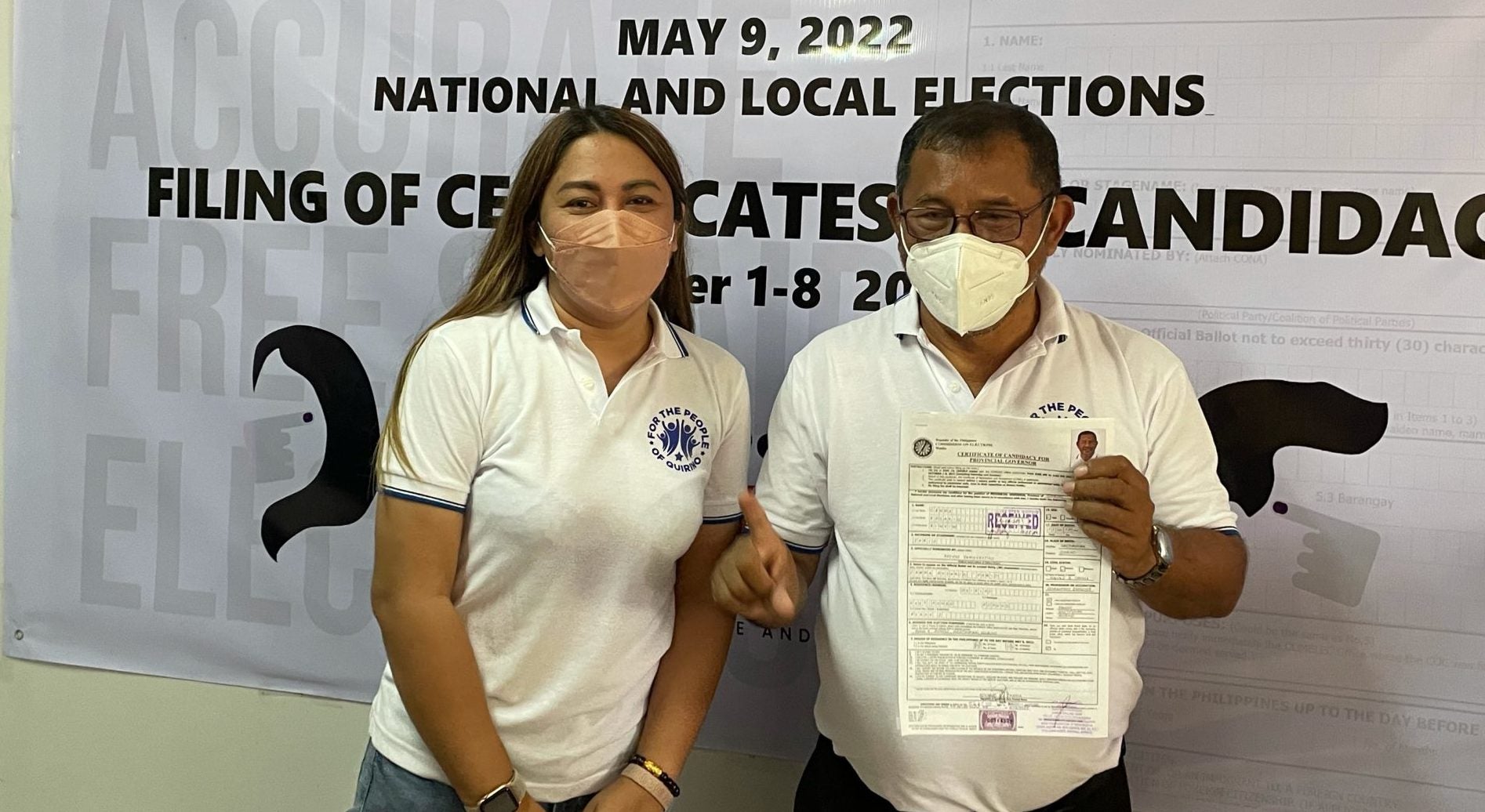 Former Nagtipunan Mayor Rosario Camma (right) shows his certificate of candidacy for governor after filing it at the Comelec provincial office in Cabarroguis, Quirino. His daughter, suspended mayor Nieverose Camma-Meneses of Nagtipunan, shows her support. (Photo by Villamor Visaya Jr.)

CABARROGUIS, Quirino—The former mayor of Nagtipunan town in Quirino province filed his candidacy certificate for governor on Friday (Oct. 8), hoping to end the reign of the political clan of the Cuas.

Rosario Camma, who served as the town’s mayor from 2007 to 2010 and from 2013 to 2016, rose to fame when he attended the State of the Nation Address of former President Gloria Macapagal-Arroyo while wearing the traditional loincloth of the Bugkalot tribe.

The 63-year-old tribe chieftain said he would like to focus on uplifting the lives and rights of farmers and indigenous folk when he gets elected.

He decried the “political persecution” by provincial officials of his daughter Nieverose, who was recently suspended as mayor of Nagtipunan.

Camma said he would also continue to fight for the ancestral domain claims of his fellow tribesmen in the province.

He will run against incumbent Gov. Dakila Carlo Cua, who had filed his certificate of candidacy to seek reelection.