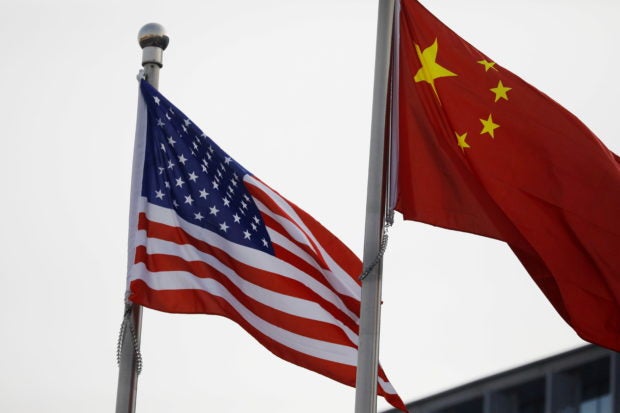 FILE PHOTO: Chinese and U.S. flags flutter outside the building of an American company in Beijing, China January 21, 2021. REUTERS/Tingshu Wang

BRUSSELS — U.S. national security adviser Jake Sullivan said on Thursday his talks with China’s top diplomat Yang Jiechi in Switzerland on Wednesday avoided the acrimony of a meeting in March and that more were needed to avert conflict between the two countries.

The closed-door meeting at an airport hotel in Zurich, which Sullivan said lasted about six hours, was the first face-to-face meeting with Yang since their exchanges in Alaska, potentially marking a less confrontational phase between the superpowers.

“The talks were productive in the sense that it was a real opportunity, behind closed doors, to really lay out for one another our different perspectives and intentions,” Sullivan, who is President Joe Biden’s top security aide, told reporters in Brussels after meetings at NATO and the European Union.

He said the meeting had been a way to “do our best to create a circumstance in which this competition (between the United States and China), which is an intense competition, can be managed responsibly, and does not veer into conflict or confrontation.”

Washington says China threatens a global order based on rules. Beijing says the United States is interfering in its affairs.

But the agreement between U.S. prosecutors and Huawei Chief Financial Officer Meng Wanzhou, who was taken into custody in Canada in December 2018, allowing her to return to China, may have improved the mood.

Biden and Chinese President Xi Jinping have agreed in principle for their presidents to hold a virtual meeting before the year’s end.

“My basic bottom line on this is that intense competition requires intense diplomacy. So we need more of this, not less of this,” Sullivan said.

However, he said there were “tough and direct exchanges” with Yang over the Taiwan Strait, although he did give details.

China claims Taiwan as its own territory and has stepped up military and political pressure to try and force the democratically ruled island to accept Chinese sovereignty.

“We see Taiwan as a vibrant economy, a vibrant democracy… a place that we are very much focused on having a deep and lasting relationship with across multiple dimensions,” Sullivan said.

Taiwan’s foreign ministry said in a statement following Sullivan’s comments that Taiwan will continue to play its role as a contributor to peace and stability in the Taiwan Strait and the Indo-Pacific region.

Taiwan will also “continue to strengthen its self-defense capabilities and firmly maintain Taiwan’s free and democratic system,” the ministry said.