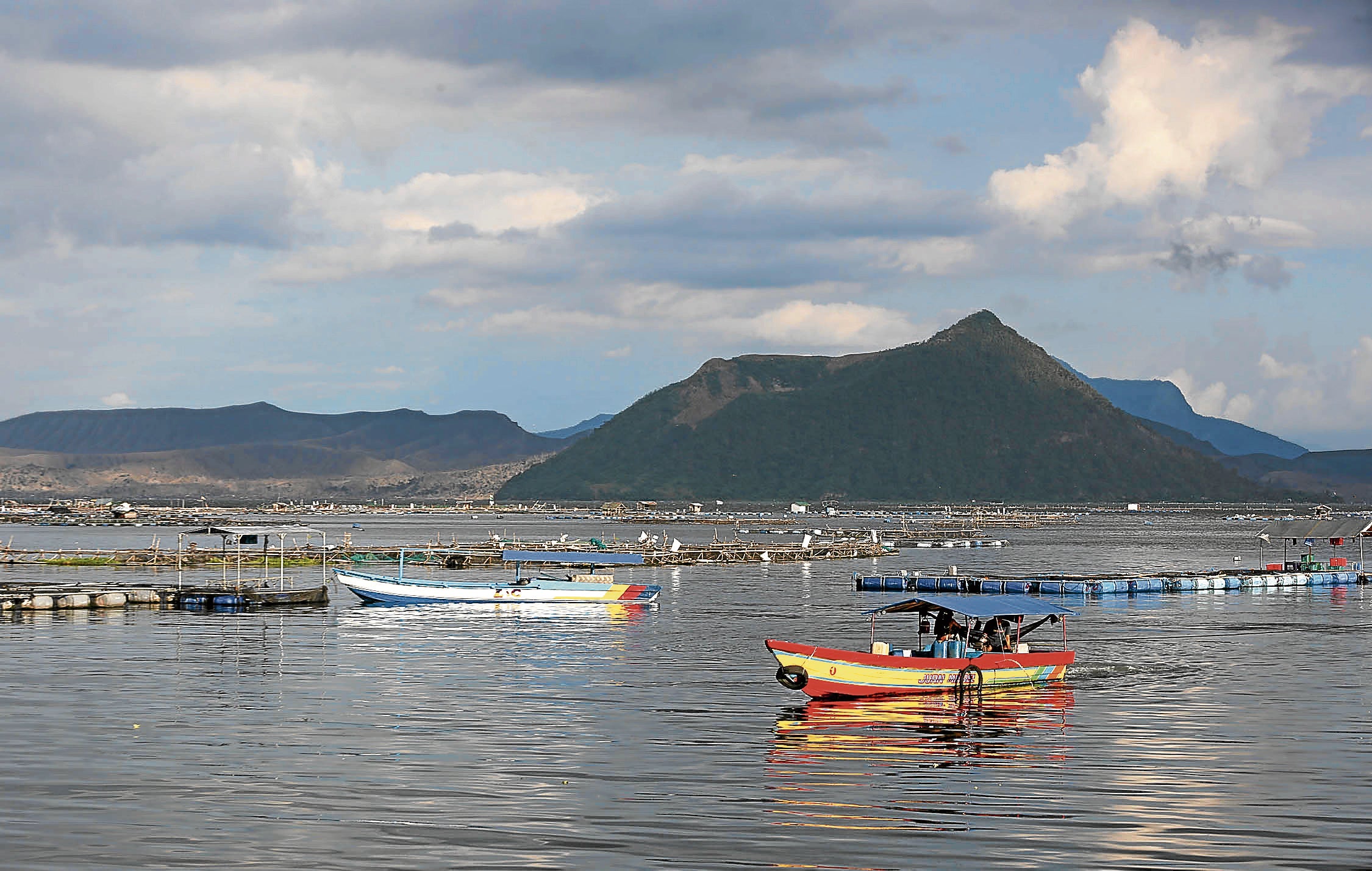 VOLCANO WATCH Government volcanologists have reiterated their warning that entry to the permanent danger zone on Taal Volcano Island remains prohibited as sulfur dioxide emission there remains high. This photo of Taal Lake and the volcano’s Binintiang Malaki section was taken in Laurel, Batangas, in July. —NIÑO JESUS ORBETA

The Philippine Institute of Volcanology and Seismology (Phivolcs) said the SO2 gas flux in Taal was at 25,456 tons per day on Tuesday, which it tagged as “anomalously high.”

It soared past the previous all-time high at 22,628 tons per day recorded on July 4.In an advisory, Phivolcs said SO2 emissions from Taal averaged 8,854 tons per day since Sept. 27, when the volcano had fallen “seismically quiet,” or no volcanic quakes had been detected.

“Recent degassing at the Taal main crater has been visibly moderate to strong and generated steam-laden plumes as tall as 3,000 meters above the Taal Volcano Island,” volcanologists said.

“Current SO2 parameters indicate high levels of magmatic degassing from the main crater that could drive explosive activity,” the advisory warned.

In August, Phivolcs detected a sudden inflation of the volcano island through its GPS monitoring, which it said might indicate renewed pressurization of the “subsurface hydrothermal system” due to the continuous degassing of magma.

At this alert level, there may be sudden steam or gas-driven explosions, volcanic quakes, minor ashfall and lethal accumulations or expulsions of volcanic gas that could threaten areas within and around the Taal Volcano Island, volcanologists said.

Phivolcs recommends that entry into the volcano island and Taal’s permanent danger zone, especially the vicinity of the main crater and the Daang Kastila fissure, as well as human activities on Taal Lake, must be prohibited.