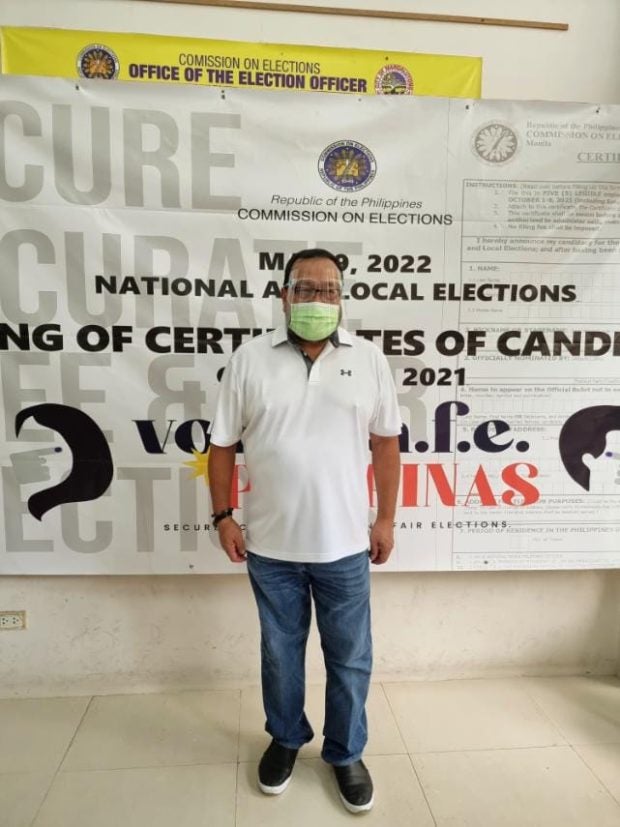 Photo courtesy of the Office of Neptali Gonzales II

Gonzales, through his chief of staff Al Abainza, filed his COC at the Commission on Elections’s National Capital Region (NCR) office in Manila at 8:46 a.m.

“I will relentlessly pursue the continuity of my compassionate and responsive programs to the needs of my constituents and betterment of Mandaluyong City in this time of COVID-19 pandemic,” Gonzales said in a statement, noting that improving healthcare system will be among his top priorities in the upcoming 19th Congress.

Gonzales served as representative of Mandaluyong City during 10th to 12th, 14th to 16th and the present 18th Congress.

He was also the Majority Leader during the 11th, 12th, 15th and 16th Congress, holding the distinction of having served the House of Representatives as Majority Leader for the longest period.

Before his congressional career, Gonzales briefly served as a Mandaluyong City mayor from 2004 to 2007.