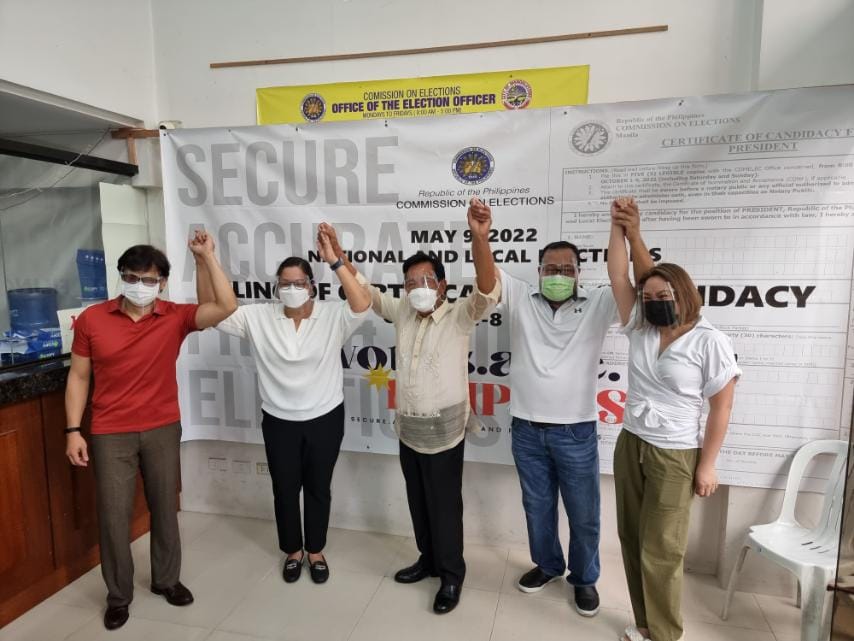 Abalos, together with incumbent mayor Menchie Abalos, who will now gun for the vice mayoralty post, filed his COC at around 10 a.m. on Wednesday, the latter’s chief of staff Jimmy Isidro confirmed to INQUIRER.net.

Menchie confirmed in previous reports that she would run for reelection. However, Isidro said the incumbent mayor would give way for her father-in-law to fulfill his promise to his wife Corazon, who passed away in January due to severe sepsis secondary to pneumonia due to COVID-19 on January 26.

“I am returning to politics to fulfill my last promise to my late wife Cora,” Abalos Sr. said in a later statement.

“I have made the last promise to my wife to spend the remaining years of my life to serve the Mandaleños once again, in honor of her.

“My passion to serve the Mandaleños doesn’t stop even if I was out of the political sphere for the past 14 years. With all the experiences I had when I was a mayor and a member of the Cabinet and my personal experience during this pandemic, I know that I can usher the city to its healing, recovery, and the shift towards new normal – creating the perfect balance to protect the public health and revive the economy,” he continued.

For her part, incumbent Mayor Menchie Abalos said she will assist her father-in-law in handling the affairs of the city “to fulfill his promise to Mommy Cora.”

“Mandaleños will still have a tried and tested kind of leadership through my father-in-law as I take the back seat,” the incumbent mayor said,” the local chief executive said.

“The decision to remain in office, albeit in a more limited and supplementary capacity as a possible vice mayor, stems from a passion to serve that has been honed through years of continuous service,” she added.

The Abalos patriarch served as mayor of Mandaluyong from 1988 to 1998 or even before it was declared a city in 1994.

Aside from serving as a mayor, Abalos also served as chairman of the Metropolitan Manila Development Authority from 2001 to 2002 and as chairman of Comelec from 2002 to 2007.