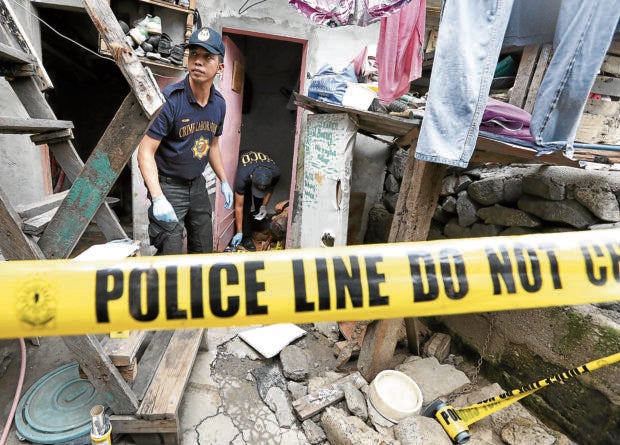 MANILA, Philippines — After campaigning for candidates who will continue his reforms and ensuring that next year’s elections will be free from violence and fraud, President Rodrigo Duterte intends to return home to Davao City to prepare his defense for possible cases that may be filed against him in the International Criminal Court (ICC).

The President announced his plans in his televised address on Monday, saying his political enemies would be glad to see him leave office and await the multiple cases that he expected would be filed against him.

The Netherlands-based ICC authorized last month a full investigation of the killing of tens of thousands of drug suspects under Duterte’s brutal “war on drugs.” He had constantly insulted the ICC and said he would never cooperate in the inquiry.

“It’s simple — they want me to no longer play politics. They want me to go home to Davao and await manifold lawsuits,” the president said of his accusers.

“I will wait for you. I will prepare for my defense in that ICC case and all others,” he said.

Duterte warned his accusers not to lie, saying he would get back at them if they did.

“Don’t lie, just tell the truth. There are records, anyway. Don’t invent. You might charge me even for one who died of malaria. That’s nonsense. You’re not looking for justice anymore. I will give it to you. I’m not frightening you. Just don’t cheat in presenting evidence,” he said.

The president reiterated that the ICC had no jurisdiction over the Philippines or himself.

“In the ICC I will be facing white men. I’m a Filipino, I do not answer to any international body,” he said, adding: “We have our own judicial system here. Don’t interfere. And I’ve been telling you, you never acquired jurisdiction over my person. That’s the truth, no matter how you twist it.”

In 2017, complaints against the president were filed in the ICC for alleged crimes against humanity committed in his drug war.

In March 2018, Duterte said the Philippines would withdraw from the Rome Statute, the treaty that established the ICC. The government deposited a certification of withdrawal with the United Nations secretary-general.

In March 2019, with no action from the Supreme Court, the withdrawal took effect. But the ICC has maintained that it still has jurisdiction over cases occurring within the Rome Statute’s coverage of the Philippines starting in 2011.

In June 2021, Duterte said that, while he was not admitting that law enforcers were killing drug suspects, the killings became necessary because “they fight back.”

On Monday, the president addressed law enforcers worried about what would happen to them when he is no longer president. He said that as long as they obeyed the law in the antidrug campaign, he would take up the cudgels for them and would go to prison in their stead.

Duterte also said he would not hesitate to use his full powers to prevent fraud, violence, private armies, use of drug money, terrorism, and communist interference in the 2022 elections.

He said he would coordinate with the Commission on Elections on how to keep the polls honest, free, and peaceful.

“I’m warning everybody, everybody, whether they’re my party mates or not, friends or not… I will not allow fraud and those who are bullies — there are some who have been in politics for a long time, the political warlords, who have arms. To the New People’s Army, don’t interfere, you are fighting another cause; it’s a losing one… To those who use drug money, we will know. If you throw money and buy votes, P1,000 per vote, we will look for you,” he declared.

He said he wanted Filipinos “to experience a clean election” before he left office.

Duterte said it was time for “a new set of leaders who will hopefully continue the reforms, projects, and programs that this administration has pursued for the past few years.”

He said Sen. Bong Go, his longtime aide who took his place as the vice presidential candidate of a faction of the ruling Partido Demokratiko Pilipino-Lakas ng Bayan (PDP-Laban), was one such leader — “the best person to help the next president continue my legacy and build on the gains that we have achieved, especially in providing basic services.”

Duterte declared in August that he would seek the vice presidency. But on Saturday he said he would retire — an announcement that was met with deep skepticism by analysts.

He said his daughter, Davao City Mayor Sara Duterte, would run as president in tandem with Go.

But the mayor denied any plan to seek the post under PDP-Laban and filed a certificate of candidacy for reelection.

Analysts say Mayor Duterte would likely protect her father from criminal charges in the Philippines, and ICC prosecutors.

—WITH REPORTS FROM INQUIRER RESEARCH AND AFP