MANILA, Philippines — Pharmally Pharmaceutical Corp. only started paying government-mandated contributions in November 2020, or more than a year after it employed people in September 2019, records presented during a Senate hearing have shown.

“We received certification from SSS dated September 13 which says Pharmally only started paying SSS contributions for its employees for the month of November 2020. Yung [For] PhilHealth po, ganoon din ho [it’s the same,” the senator, who chairs the Senate labor committee, pointed out. 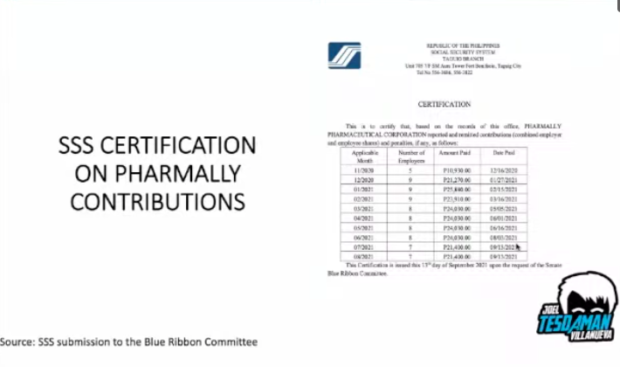 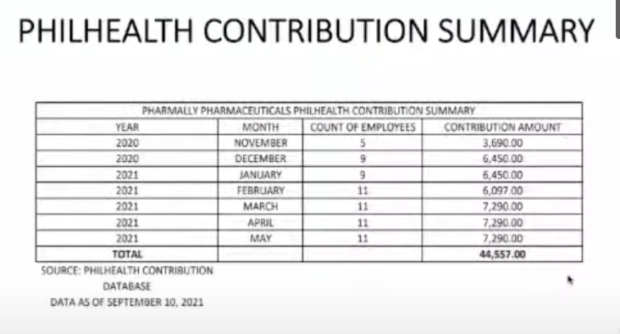 “As well as yung [for] Pag-IBIG…nagsimula lang silang mag-contribute [They started to pay contributions in] Nov. 2020,” he added. 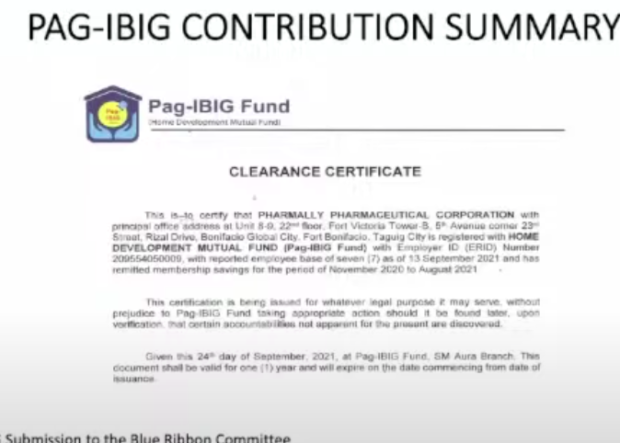 At this point, Villanueva asked Pharmally chairman and president Huang Tzu Yen if the firm already had employees from the period September 2019—when it was incorporated—until October 2020.

“I believe there are employees but they were rightfully compensated,” Huang said.

Huang attributed the supposed late payment of contributions to an “administrative delay” since a bulk of Pharmally employees were transferred from the defunct Pharmally Biological Company.

“I believe all the employees, perhaps there was a delay in signing them under the right company,” he said.

Still, Villanueva pointed to a case of a certain Pharmally employee, who was hired in April 2020 and held the position of regulatory affairs pharmacist.

“If she is a regular…with the documents that I showed you…you’re not contributing for these government-mandated contributions,” the senator said.

Further, Villanueva cited Pharmally’s general and administrative expenses in 2020 under its audited financial statement, which showed that P1,343,379 was spent on employees’ benefits.

The senator was puzzled as to why there were recorded expenses for employees’ benefits when government records indicated that the company only started making contributions in the last two months of 2020.

“It’s either, Sir, you are fooling the employees or you’re fooling the government or both. Unfortunately, these records would not lie,” Villanueva said. 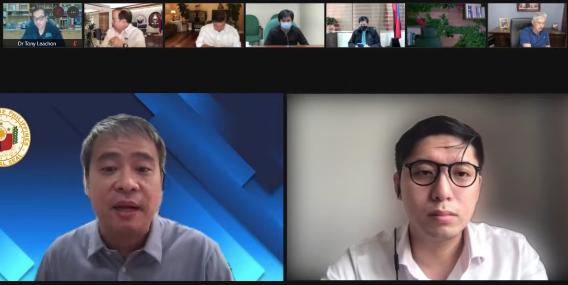 But Huang maintained that all Pharmally employees were “rightfully compensated” and were paid the correct benefits.

“I don’t think any of the employees have ever lodged a report on this with us and if they were to, we will rightfully address it,” he added.