Mago shows up at Senate, Pharmally exec skips due to ‘panic attack’ 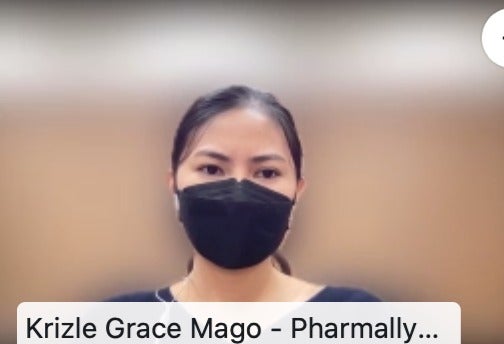 MANILA, Philippines—Pharmally Pharmaceutical Corp. official Krizle Mago on Tuesday virtually showed up during the Senate blue ribbon hearing after she sought refuge at the House of Representatives.

Mago was in attendance for the hearing of the committee more than a week after she broke contact with the upper chamber.

Before being out of reach, Mago admitted that she was ordered to instruct warehouse staff to change the expiration dates on the face shields meant for delivery to the Department of Health.

Following Mago’s admission, Gordon asked her if Pharmally was “swindling the government,” she answered with “I believe so.”

But during Monday’s House hearing, Mago backtracked and said her testimony in the Senate was a “pressured response.”

Meanwhile, Pharmally executive Twinkle Dargani will not be able to attend the hearing due to a “panic attack,” according to her brother Mohit Dargani, the firm’s corporate secretary and treasurer.

“My sister is experiencing a panic attack right now,” Dargani told the committee.

But committee chairman Senator Richard Gordon said this is “not sufficient enough to be absent” for the hearing.

According to Dargani’s counsel, they will submit a medical certificate to the committee.

Senators have been looking into the government’s transactions with Pharmally, which was awarded over P8.6 billion worth of supply contracts for medical supplies in 2020 despite being only several months old and having just P625,000 in paid-up capital.