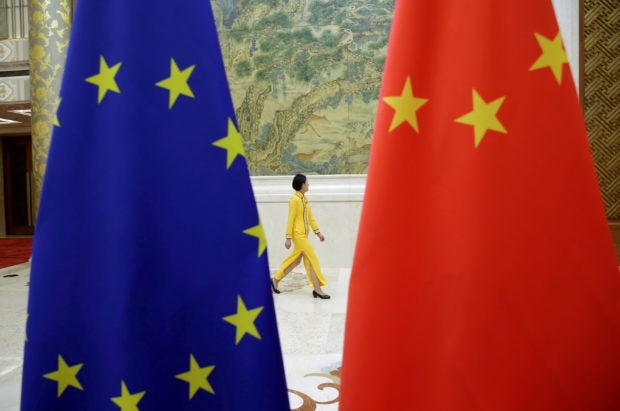 BRUSSELS — The European Union’s 27 leaders will seek a new approach to China on Tuesday in their first summit on Sino-European strategy since the bloc imposed sanctions on Beijing in March and faced retaliation, jeopardizing a new investment pact.

Along with the United States, Britain and Canada, the EU imposed sanctions on Chinese officials on March 22 over human rights abuses, which Beijing denies. The EU was immediately hit by Beijing with sanctions on European Parliament lawmakers, freezing approval of a recently agreed EU-China investment deal.

“The EU has sought to avoid confrontation with Beijing, but we can no longer regard China as a benign trading partner,” an EU diplomat said.

At a country estate in Slovenia, EU leaders will also hear from their French counterpart, Emmanuel Macron, on how the bloc can try to project strength in international affairs after Britain, the United States and Australia agreed in secret a military alliance to counter China, excluding France.

As the world’s largest trading bloc, the EU wields power in setting rules that can shape policy far beyond its borders, but it has repeatedly failed to coordinate a common foreign and military policy, weakening its influence.

Senior EU officials and diplomats hope the informal gathering can be a moment to debate both becoming more independent of the United States and playing a part in Washington’s foreign policy shift to Asia.

No decisions are set to be taken.

“There are some strategic questions that need to be addressed,” said one senior EU official preparing the meeting in Brdo, near the Slovenia capital Ljubljana, on Tuesday evening and Wednesday, when leaders will be joined on Wednesday to by the six Balkan countries hoping to one day join the bloc.

Australia’s decision to cancel a big submarine contract with France and opt for U.S.-designed vessels instead as part of the new AUKUS security alliance with Washington and Britain incensed France, but could give impetus to EU common defense plans.

“We could turn a blind eye and act as if nothing had happened. We think that would be a mistake for all Europeans,” an adviser to France’s Macron told reporters. “There really is an opportunity here.”