Half a degree makes a big difference in a warming world 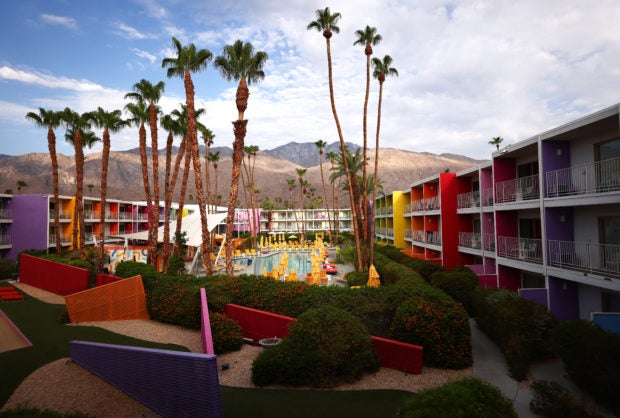 PARIS — Half a degree Celsius may not seem like much, but climate experts say a world that has warmed 1.5 degrees Celsius above 19th-century levels compared to 2C could be the difference between life and death.

A 2C Earth would see the number of people facing extreme heat waves more than double. A quarter of a billion more people would face water shortages.

The Arctic Ocean will be ice-free not once in a century but once every 10 years.

Countries that signed the Paris Agreement vowed to cap the rise in global temperatures — already 1.1C above the pre-industrial benchmark — at well below 2C, and preferably at 1.5C.

Humanity is still far off the mark: even if fulfilled, current pledges to reduce emissions would still set the planet on course to warm by a “catastrophic” 2.7C, according to the UN.

Here’s what the UN’s Intergovernmental Panel on Climate Change (IPCC) says we can expect in a world that warms by 1.5C, 2C and beyond.

Maximum temperatures in some areas will increase by three degrees if the climate warms 1.5C, four if global heating reaches the 2C mark.

The odds of extreme hot spells currently seen once every 50 year increase by nearly nine fold at 1.5C, and 40 fold in a 4C world.

More people will be affected as well: the percentage of humanity exposed to extreme heatwaves at least once every five years jumps from 14 percent at 1.5C to 37 percent with an extra half-a-degree.

Global warming will cause more rain at higher latitudes, north and south of the equator, as well as in the tropics and some monsoon zones.

Precipitation in sub-tropical zones will likely become rarer, raising the specter of drought.

At 1.5 degrees of warming, extreme rain, snowfall or other precipitation events will be 10 percent heavier and 1.5 times more likely.

– Drought -In drought-prone regions dry spells are twice as likely in a 1.5C world, and four times more likely if temperatures climb 4C.

Capping the rise in average global temperatures to 1.5C rather than 2C would prevent an additional 200-250 million people from facing severe water shortages.

Limiting drought would also reduce the risk of related disasters such as wildfires.

In a world that is two degrees warmer than pre-industrial levels, seven-10 percent of agricultural land will no longer be farmable.

Yields are also predicted to decrease, with corn harvests in tropical zones estimated to drop by three percent in a 1.5C warmer world and seven percent with a rise of 2C.

– Sea levels -If global warming is capped at 2C, the ocean watermark will go up about half a meter over the 21st century. It will continue rising to nearly two meters by 2300 — twice the amount predicted by the IPCC in 2019.

Because of uncertainty over ice sheets, scientists cannot rule out a total rise of two meters by 2100 in a worst-case emissions scenario.

Limiting warming to 1.5C would reduce rising sea levels by 10 about centimeters.

All these impacts affect the survival of plants and animals across the planet.

An increase of 4C would endanger half of the species on Earth.