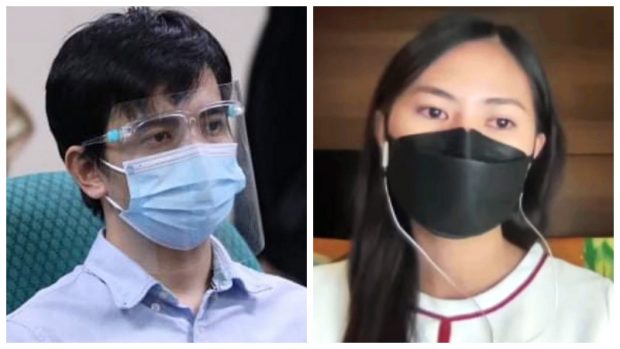 MANILA, Philippines — The Filipino people, including the frontliners who risk their lives every day, “deserve a full and fair accounting” of how the government spent taxpayer money for medical supplies needed to fight the COVID-19 pandemic.

Various business groups and universities issued this statement on Sunday as they called on public officials to cooperate in the ongoing probe of questionable multibillion-peso procurement deals made by the government.

The Senate and the House of Representatives are separately holding investigations specifically on the transfer by the Department of Health (DOH) of some P42 billion in funds to the Procurement Service of the Department of Budget and Management (PS-DBM), zeroing in on why an undercapitalized trading company, Pharmally Pharmaceutical Corp., bagged more than P11 billion in supply contracts from the government.

The private groups’ appeal followed President Rodrigo Duterte’s pronouncements that he would bar his Cabinet from attending without his permission, a move which critics said could trigger a constitutional crisis.

“The allegations, testimonies and documents provided regarding the use of public funds meant to acquire items to minimize the threat to the lives of our citizens … are very sobering,” said the joint statement, which included prominent business groups such as Makati Business Club and Management Association of the Philippines.

“If true, the context would make the wrongdoing particularly onerous and deserving of the full force of sanctions on its perpetrators that our justice system provides. If untrue, the public may view it as yet another exercise in politically motivated drama but, sadly in this case, would be another blow to the unity and faith we need to fight and recover from the pandemic,” they said.

“We call on all parties to pursue and cooperate with this investigation to the fullest extent allowed by law,” they said. “We call on lawmakers, members of the executive department, constitutional commissions and, if they are brought in, members of the judiciary to conduct their proceedings with integrity, transparency and respect, and in compliance with our laws and established procedures.”

In the Senate, Minority Leader Franklin Drilon said Duterte’s order to ban Cabinet officials from attending the Senate’s probe on COVID-19 procurements was unconstitutional, as ruled by the Supreme Court in 2006.

“The president cannot prevent members of the executive branch from testifying in the [PS-DBM] and Pharmally hearings in aid of legislation. The Supreme Court ruled as such in a similar case in 2006,” Drilon said on Saturday.

Banning Cabinet officials from attending congressional hearings in aid of legislation is against the Constitution, “except if there are implications on national security and the military or diplomatic secrets are involved.”

Drilon cited the Supreme Court’s 2006 ruling in Senate vs Ermita on the controversial Executive Order No. 464 issued by then-President Gloria Macapagal-Arroyo. EO 464 banned executive officials, Cabinet members and military officials from heeding the Senate’s then inquiry on anomalies in the North Rail project.

In 2006, the Supreme Court ruled on EO 464 and stressed that “when the inquiry in which Congress requires their appearance is ‘in aid of legislation,’ the appearance is mandatory.”

Drilon also cited Section 21, Article VI of the 1987 Constitution which states that “the Senate or the House of Representatives or any of its respective committees may conduct inquiries in aid of legislation in accordance with its duly published rules of procedure.”

“Consistent with the Supreme Court ruling, only a valid claim of executive privilege can exempt department heads from answering questions in congressional inquiries in aid of legislation,” Drilon said.

In a radio interview on Saturday, Sen. Panfilo Lacson similarly warned that the President’s order to the police and the military might trigger a crisis.

“There’s separation of powers. Congress has its own mandate. So the executive department cannot interfere. That would be chaotic,” he said.

Detained Sen. Leila de Lima, one of Mr. Duterte’s toughest critics, said in a tweet on Saturday: “The order of Duterte to the [Philippine National Police] and the [Armed Forces of the Philippines] to defy the Senate arrest orders is illegal and unconstitutional.”

“The President should be the very first person to be interested in uncovering the truth in all corrupt activities of the officialdom,” added Sen. Richard Gordon, chair of the Senate blue ribbon committee conducting the probe.

In the House of Representatives, the Pharmally executive who admitted during a Senate hearing that her company had swindled the government by selling medical-grade face shields with bogus production dates will testify today after several days of being incommunicado.

Krizle Grace Mago, who has been under House custody since Friday, will attend the continuation of the House hearing on the allegedly irregular transfer of DOH funds to the PS-DBM, said Diwa Rep. Michael Edgar Aglipay.

Mago had been incommunicado for a week after her damning testimony at a Senate blue ribbon hearing that the production dates of the medical-grade face shields delivered to the DOH were tampered.

But on Friday, Mago surfaced and was taken into protective custody by the House of Representatives.

Aglipay’s committee, which was earlier praised by Duterte for being “fair,” is conducting its own investigation of the alleged anomalous Pharmally deals.

Aglipay confirmed that Pharmally director Linconn Ong, who is currently detained at the Senate since Sept. 21 after he was held in contempt for his evasive answers, would also attend the hearing.