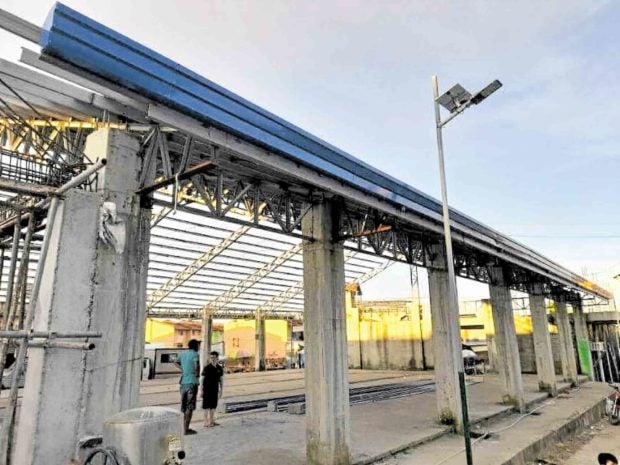 MEMBERS’FUND Magic 7Cooperative Inc. insists it did not force its members to donate P5,000to P10,000of their livelihood assistance grant to build this small market in Pandi, Bulacan, contrary to the claim of some of its members. —PHOTO FROM MAGIC 7 COOPERATIVE INC.

PANDI, Bulacan, Philippines — A rural cooperative is under fire for allegedly diverting a livelihood grant meant for its members to put up a P6.9-million small market, or “talipapa,” on their behalf.

Nick Cabias, president of Magic 7 Cooperative Inc., denied coercing 1,009 members to contribute P5,000 or P10,000 of their P15,000 livelihood assistance grant from the Department of Social Welfare and Development (DSWD) to raise the capital for the business venture that will be completed by November this year.

Pandi Mayor Enrico Roque has formed a task force to investigate the organization following complaints by about 15 members of Magic 7 who claimed they were forced to share their grant to build the talipapa in Barangay Mapulang Lupa.

Leaders and members of Magic 7 were called to a meeting by the task force on Sept. 22 but Roque halted the investigation on Sept. 29 because the municipal government had not received any formal complaint against Cabias.

Roque said the 15 members did file their grievance before the Presidential Anti-Crime Commission (PACC), accusing Magic 7 of forcing them to give up part of their grant.

The mayor said he had requested for a copy of the complaint from the PACC but the municipality has yet to receive it.The task force’s last hearing involved the testimony of a witness who claimed the complaints against Magic 7 were fabricated.

In a Sept. 26 interview, Cabias said all of the members who provided the capital would be entitled to their own stalls.

The DSWD released the first grants that same month in 2020. The second grant distribution was conducted in December 2020 while the last two tranches of the livelihood grants were released in March this year.

Cabias, speaking during last week’s probe, said all 1,009 members were issued receipts for their voluntary contributions which “are intact and in good hands.”

Pandi received the biggest volume of grants in the country amounting to nearly P53 million for 3,521 beneficiaries, including Magic 7’s 1,009 members.

DSWD livelihood grants were also given out to Pandi senior citizens, a women’s group and other Pandi residents belonging to vulnerable sectors.

Edna Tulabut, who represented the DSWD Central Luzon office at the Pandi inquiry, said her agency would submit a report detailing how many actually received their grants, which would establish how the grants were spent.