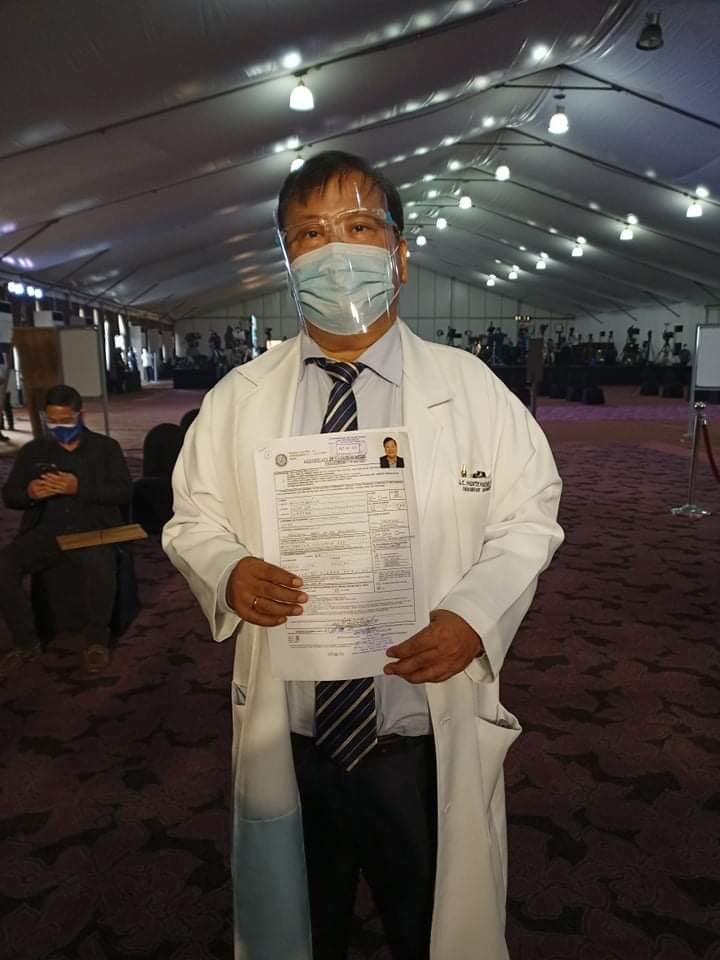 MANILA, Philippines — Unfamiliar names were among the presidential aspirants who have so far filed their certificates of candidacy (COC) for the 2022 elections. These include a cardiologist, a fan of former President Ferdinand Marcos, a supposed Harvard graduate, and a man who introduced himself as a former commander of an elite unit of the Philippine Navy.

The first presidential aspirant to submit his COC during the first day of filing was boxer-turned politician Senator Manny Pacquiao, who announced that he will be running under the Probinsiya Muna Development Initiative or Promdi party.

Also among the current list of presidential aspirants were cardiologist Dr. Jose Montemayor Jr., who vowed to “eliminate corruption, criminality, and COVID.” He stressed that the president should be knowledgeable about the coronavirus and its impacts on public health and the economy.

“Our country is facing a very serious crisis, especially in the pandemic. One who is running for president must have ample knowledge on what is this virus and what are the effects of this virus, especially not only on the health condition of our country but also on the economic side. I am also an economist aside from being a doctor and a lawyer.” he told reporters in an interview after filing his COC.

“Our people are desperately looking for a leader, one who is knowledgeable, honest, and with integrity and also one [whom] they will have confidence in,” he added.

Montemayor said he will conduct his campaign “at the grassroots level” under the Democratic Party of the Philippines.

“We will conduct this campaign at the grassroots level, as well as all the professional organizations, and the Born-again Christians which account for 35 million,” he said.

Another candidate who filed his COC for president is Leysander Ordenes, who introduced himself as a former commander of the Philippine Navy’s Naval Special Operations Group. He did not provide his platform of government but said that he previously taught marine science abroad.

“Ngayon, bumalik ako (I returned) to help our country recover faster from this pandemic. Godbless our elections. Godbless our people,” he said.

Meanwhile, another aspirant Edmundo Rabi, who claimed that the country’s economy was doing well during the Marcos administration, vowed to provide Filipinos with free electricity, housing, and retirement income. He also plans to give each Filipino family P5,000 every month.

Laurencio Yulaga, who claims to be a graduate of Harvard University, meanwhile mentioned the use of nanotechnology to solve the problems of Filipinos if he becomes president.

A certain Dave Aguila also filed his COC for president. He however did not go to the designated area for a media interview.