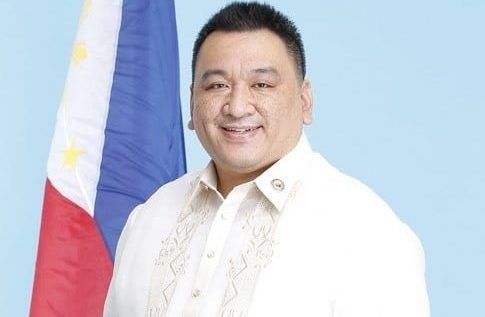 MANILA, Philippines —  A House of Representatives committee chair has sought for a “balanced and fair” report from online news organization Rappler, claiming that a journalist’s report made it appear that they were covering up for the government during the investigation of alleged overpriced pandemic supplies.

The report was about Aglipay’s questions on the issue of supposedly expired face shields, to which the committee chair asked if anybody got sick or died due to the said protective equipment.

“I was thinking if I should raise but in the interest of public information, we are not ano here — as Congressmen one of our duties is to inform the public the truth, and I’d like to call out the attention of Rappler, Rambo Talabong, who wrote an article 11:20 on the Rappler page: ‘Lawmaker: If face shields were expired, did anyone die?’ — quoting me,” Aglipay said.

READ: House panel chair: Did anyone get sick, die from ‘expired’ face shields?

Aglipay said that the report did not include Duque’s clarifications that the face shields have a shelf-life of 36 months.

“So it’s okay to have articles. I commend this article but let’s be balanced and fair, in his article, he did not mentioned (sic) that Secretary Duque said the shelf-life of face shields is 36 months.  Not a word on that, so it is one-sided, and I am calling him out to be balanced, because they are proclaiming to be a balanced organization,” Aglipay said.

“He only focused on my comment making it appear that we are one-sided here and covering up the government,” he claimed.

But Rappler said in a statement posted on their website that what Aglipay did during the hearing and after removing the concerned reporter from the Viber group is bullying since the story was based on Aglipay’s quote itself.

The news organization also said that the reporter’s removal from the Viber group is a way of restricting journalists’ right to access information, especially during a pandemic.

“This is bullying,” Rappler said.

“Rappler condemns in the strongest terms Representative Aglipay’s act of removing Rappler from a media coordination channel that is every journalist’s right to access – especially at this time when the public has the right to know more about the Pharmally deal that has cost billions in taxpayers’ money,” it added.

The issue stemmed from Aglipay’s questions to Department of Health (DOH) Undersecretary Carol Taiño, if the face shields bought from Pharmally Pharmaceutical Corp. — which some individuals said were expired — have harmed COVID-19 health workers who used them.

Taiño said they had not received any reports about the face shields causing ailments.

The question on the expiry and the safety of the face shields came after Pharmally officer Krizle Grace Mago admitted to the Senate blue ribbon committee hearing last Friday that they changed the expiry dates of face shields delivered to the government, putting up more advanced dates.

Then, Senator Francis Pangilinan raised concerns about whether the face shields were even safe to use, saying that nurses and doctors may have contracted COVID-19 due to the substandard protective equipment provided by Pharmally.

Duque clarified during the House hearing that DOH uses a shelf-life of 36 months for face shields because the polystyrene material used can degrade after that period.

The House has been criticized heavily by observers and netizens after it allegedly held hearings on the issue but used questions that supposedly favored the current administration.

In numerous instances, Aglipay criticized the Senate blue ribbon committee for its own investigation, claiming that senators were only doing it to advance their own political interests.

Opinion writers have also noted that the statements from Aglipay and other committee members echoed the sentiments of President Rodrigo Duterte, himself a staunch critic of the Senate committee headed by Senator Richard Gordon.

READ: Why stop the hearings?

At one point, Aglipay expressed his sadness over the supposed attempt of the Senate to tarnish the reputation of Duterte, by dragging him into the drug trade in an investigation that was supposed to be about the pandemic supplies.