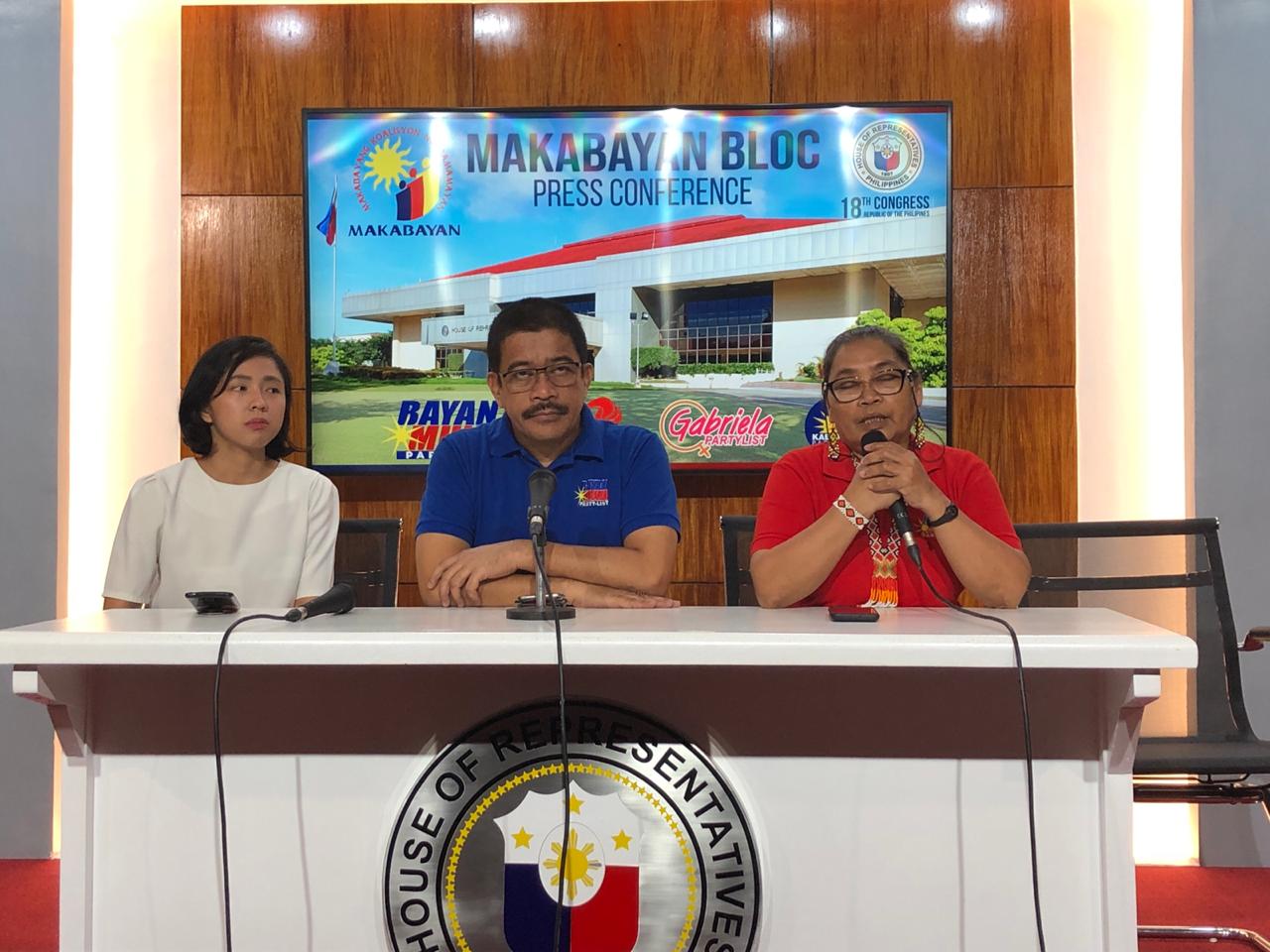 (FILE) Makabayan bloc during a press briefing at the House of Representatives on October 9, 2019. INQUIRER.NET FILE PHOTO / NOY MORCOSO

MANILA, Philippines — Members of the Makabayan bloc in the House of Representatives have bared their nominees for next year’s congressional elections.

Bayan Muna, founded by former rebel and Rep. Satur Ocampo in 1999, will field its vice-chair, former Rep. Teodoro Casiño, as its first nominee.

The Gabriela Women’s Party, which has also maintained representation in the House since 2004, will again nominate incumbent Rep. Arlene Brosas, who is on her second term, along with Davao-based physician Jean Lindo and Lucy Francisco, a consumer rights advocate.

At the Kabataan party list, which has won House seats in five previous elections since 2007, incumbent Rep. Sara Elago was forced to yield a third nomination after she reached the maximum age requirement.

Under the party-list law, representatives of the youth sector must not be more than 30 years old on the day of the election.

Elago turned 31 last October but she can keep her seat until her term ends.

On Saturday, the party selected its national president, Raoul Manuel, a former student regent of the University of the Philippines, to replace Elago.

For the peasant sector, former agrarian reform secretary Rafael Mariano will seek a return to the House after he was selected as the first nominee of the Anakpawis. INQ