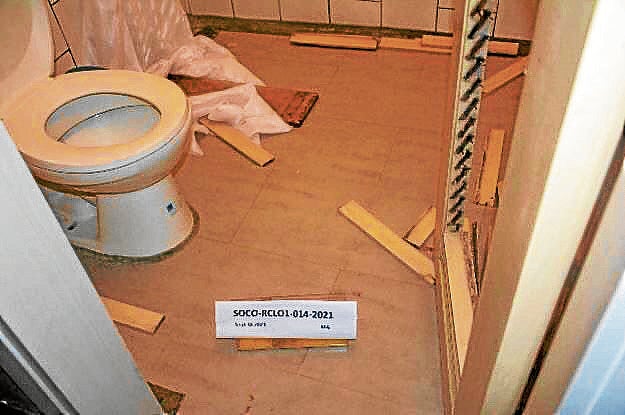 MANILA, Philippines — The Department of Justice (DOJ) is taking over the preliminary investigation into the complaint of possession of illegal drugs filed against art patron Julian Ongpin, Justice Secretary Menardo Guevarra said on Friday.

Guevarra clarified that the criminal case against Ongpin, the son of billionaire businessman and former trade minister Roberto Ongpin, had nothing to do with the death of his girlfriend, visual artist Breanna “Bree” Jonson.

“The only complaint pending [against Ongpin] right now pertains to the possession of illegal drugs,” Guevarra told the Inquirer.

Ongpin, 29, was briefly held by the police after more than 12 grams of cocaine were recovered from the hostel room in San Juan town, La Union, where he and Jonson were staying moments before she died in a hospital on Saturday.

Under the law, the possession of more than 10 grams of cocaine is a nonbailable offense.

The local prosecutor in La Union had opted to conduct a regular preliminary investigation instead of directly filing a criminal complaint against Ongpin, which would have kept him in prison during the trial of the case.

Asked what prompted the inquest prosecutor to release Ongpin from police custody, Guevarra said: “As Justice Secretary, I refrain from commenting on or interfering in cases, which are still under preliminary investigation.”

A lot of public interest

He said Prosecutor General Benedicto Malcontento would be assigning a panel of state prosecutors from the DOJ main office to handle the case.

Guevarra said it was the Office of the Regional Prosecutor in La Union that moved for the transfer of the preliminary inquiry “to assure the public and all concerned of a fair and impartial handling of the case.”

“The case has generated a lot of public interest so I want to make sure that it is handled very well,” Guevarra added.

Jonson’s family has disputed Ongpin’s claim that the 30-year-old painter had taken her own life by hanging herself inside the toilet of their rented room at Flotsam & Jetsam Artist Beach Hostel.

Jonson was found unconscious inside the bathroom by the staff of the hostel. Prior to that, the staff noticed an altercation between the couple.

The Police said it was not discounting foul play in Jonson’s death.