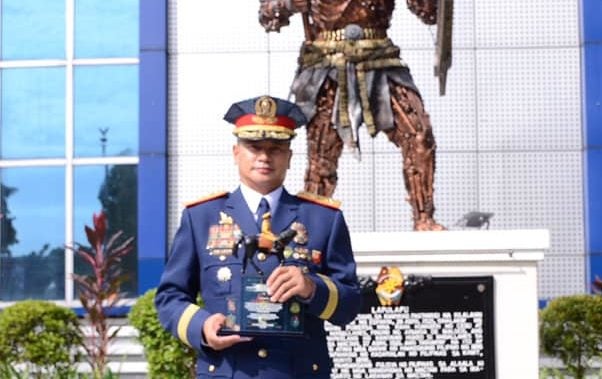 Brig. Gen. Valeranio de Leon, director of Police Regional Office 3 (PRO3), receives a plaque from the Philippine National Police after the PRO3 was hailed as the best police regional office in the country. The award was given during the 20th Police Service Anniversary held in Camp Crame in Quezon City on Thursday, Sept. 23. (Photo courtesy of PRO3)

It was the first time in two decades that the PRO3 clinched the award, besting 16 other police regional offices in the country.

“This recognition will surely lift the spirits of our PRO3 personnel as we work tirelessly to fulfill our commitment of fighting criminality and wiping out illegal drugs in the region,” Brig. Gen. Valeranio de Leon, director of PRO3, said in a statement.

He also commended all officers and personnel of different police and city police provincial offices in the region for doing their job.

“We also share this feat with our stakeholders and all local government units who have been extending their unyielding support,” De Leon said.