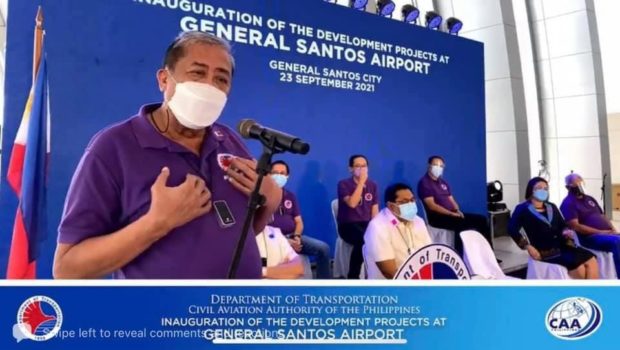 General Santos City’s prominence as one of the influential economic centers in the Southern part of the country is further strengthened as Department of Transportation (DOTr) Secretary Art Tugade has formally inaugurated the completed development projects in Mindanao’s “key gateway” – the General Santos International Airport.

Tugade, together with the Civil Aviation Authority of the Philippines (CAAP) led by CAAP Director General Capt. Jim Sydiongco, graced the inaugural ceremony with other transport officials and local government executives on September 23.

Marking the momentous occasion was President Rodrigo Duterte’s message commending the successful completion of the project in spite of the current health and economic crisis in the country.

“I commend the Department of Transportation (DOTr), under the leadership of Secretary Arthur Tugade, together with the local government and all stakeholders, for completing this project even amidst the challenges of COVID-19 pandemic. The rehabilitation and expansion of the airport’s Passenger Terminal Building, among others, will truly boost General Santos’ role as an agri-industrial and eco-tourism hub,” the President said in a recorded video message. 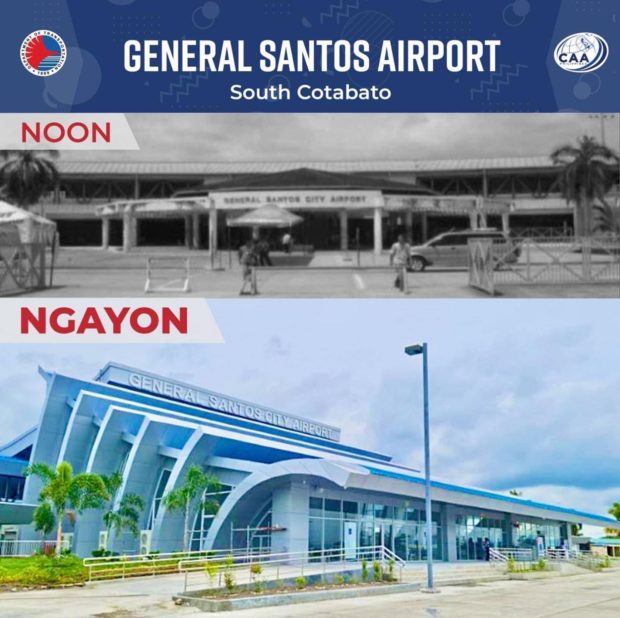 During the ceremony, Tugade also underscored the need to continuously deliver vital transport infrastructure projects all over the country despite the raging COVID-19 pandemic.

Among the completed projects that were inaugurated were the airport’s newly installed navigational aids and the new CAAP Administration Building. The gateway’s Passenger Terminal Building (PTB) was also expanded to triple its coverage from the previous 4,029 square meters to 12,240 square meters. This significant development will enable the airport to accommodate at least 2 million passengers annually or almost double its pre-pandemic annual passenger capacity of 1.05 million. 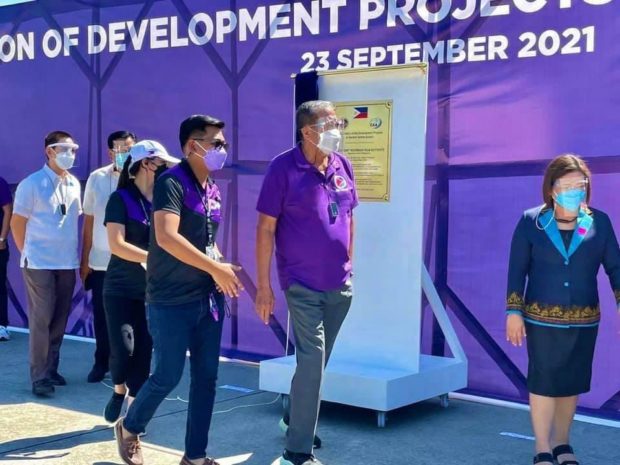 With the completed rehabilitation and expansion, the gateway can also accommodate bigger aircraft. Moreover, during its construction phase, jobs were opened to some 380 individuals, while more employment opportunities will be made available as future developments will be carried out at the airport.

“Indeed, we are opening a wide array of opportunities, not only on the improvement of our infrastructure facility but also an investment opportunity that will generate more economic activity for the city of General Santos and the whole region,” General Santos City Mayor Ronel Rivera said.

“Despite the pandemic, indeed, there is a silver lining and glimmers of hope with what’s going on now. We hope to see future developments for the General Santos City, and of course the entire SOCCSKSARGEN,” General Santos City Lone District Rep. Shirlyn Bañas-Nograles said.