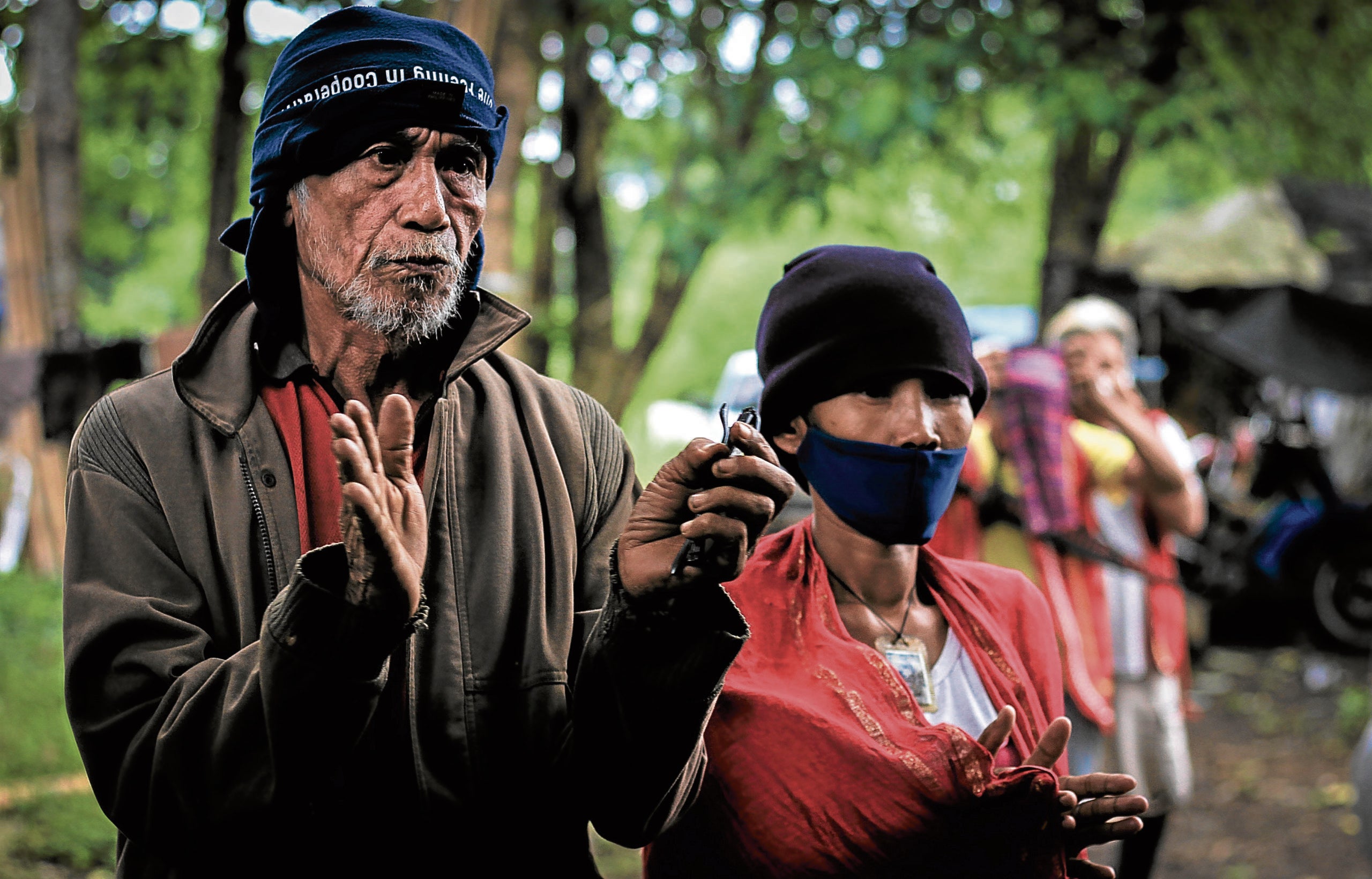 FAR FROM HOME In this photo taken in July 2021, Jobel Maghinay (left) recounts their plight since being driven out of the Manobo-Pulangihon tribe’s ancestral domain in the village of Butong in Quezon, Bukidnon. —JIGGER J. JERUSALEM

CAGAYAN DE ORO CITY—Tired of living like squatters and of waiting for the government to finish processing their documents, families belonging to the indigenous Manobo-Pulangihon tribe in Bukidnon province are set to take back their ancestral land from an agribusiness firm.

“It’s now time for action. The time for [waiting for] documents is over. What we are going to do is fight for our rights,” said Florencio Peratir, who goes by the tribal name Datu Maalamon.

Peratir is among the members of some 1,000 families driven out of their community in Barangay Butong, Quezon town, in 2017, allegedly by security personnel of Kiantig Development Corp. (KDC) which holds a forest land grazing management agreement

(FLGMA) granted by the Department of Environment and Natural Resources (DENR).

With nowhere else to go, the displaced families were forced to settle by the roadside in Butong, living in makeshift shelters with no proper sanitation, potable water and livelihood source.

In a meeting with the National Commission on Indigenous Peoples (NCIP) in July this year, the agency assured the tribe that their certificate of ancestral domain title (CADT) would be released before the end of the year. This following the expiration and nonrenewal of KDC’s FLGMA.

Both the DENR and the NCIP have acknowledged that the 995-hectare land in Butong is the tribe’s ancestral domain.

In a recent interview, Reymond Pimentel, officer in charge of the NCIP provincial office in Bukidnon, confirmed that the tribe had already complied with all the requirements needed for the issuance of the CADT.

However, other groups have also laid claim to the same land as their ancestral domain, necessitating a process of resolving the competing applications.

Authorities earlier advised the tribe to await the CADT issuance before they return to Butong.

But tribal chieftain Rolando Anglao said they would enter the land this month even without the CADT signed by NCIP Chair Allen Capuyan.

“We will enter and reclaim our land. We will die for our land. We don’t have weapons, but we have our rights,” Anglao said.

“If we stay on the side of the road, we will die. We would prefer to die inside our land than die elsewhere. That is where our ancestors are buried,” Peratir said.

Cagayan de Oro City Archbishop Emeritus Antonio Ledesma advised the tribe to seek the assistance of the Malaybalay City diocese led by Bishop Noel Pedregosa in relation to their plan.