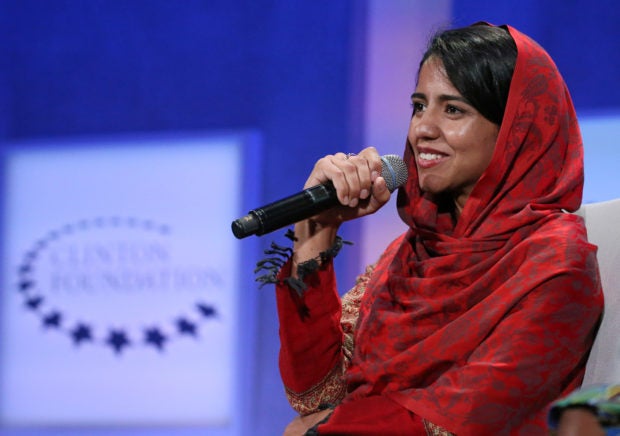 UNITED NATIONS — Afghan rapper and activist, Sonita Alizadeh, fled her homeland with her family when it was last ruled by the Taliban more than two decades ago – when women could not work, had to cover their faces and girls were banned from school.

She urged world leaders on Tuesday to stand up for the rights of women and girls now the Taliban had returned to power.

“What will remain of our people? And what will remain of the 20 years of achievements? Do not be fooled by the masks the Taliban show on the news,” Alizadeh told a virtual event on the sidelines of the annual high-level U.N. General Assembly.

“We have no time,” she pleaded.

She urged the international community not to recognize the Taliban, guarantee the rights of women and children, ensure internet access for the Afghan people, include more Afghans in decision making and keep girls in school.

“It looks like we all know what must be done. But the question is that, who will take action today?” Alizadeh said.

The Taliban say they have changed since their 1996-2001 rule, when they also barred women from leaving home without a male relative, and the international community has said they will hold them to their commitments, although it is unclear how it will do so.

“There is real and palpable fear among Afghan women of a return to the Taliban’s brutal and systemic repression of women and girls during the 90s,” U.N. human rights chief Michelle Bachelet told the same U.N. event on Tuesday.

The Taliban stirred skepticism about their pledges on the rights of women and girls when they said last week that they would open schools for high school-aged boys but not girls.

U.N. Secretary-General Antonio Guterres said last month the Taliban’s desire for international recognition is the only global leverage to press for inclusive government and respect for rights, particularly for women, in Afghanistan.