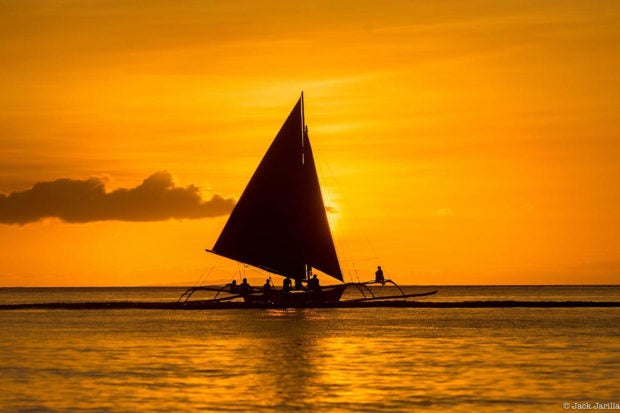 ISLAND MANAGEMENT A government corporation may soon replace a task force tasked in overseeing the rehabilitation and managing the affairs of Boracay Island, one of the country’s leading tourist destinations, as the bill creating the body gets closer to becoming a law. —JACK JARILLA

ILOILO CITY, Iloilo, Philippines — The House of Representatives on Monday approved on third and final reading a controversial bill providing for the creation of a corporate body that would manage Boracay Island.

The chamber passed House Bill No. 9286, or the Boracay Island Development Authority (Bida), by a vote of 192 in favor, seven against, and with no abstention.Six of those who opposed the bill’s passage were from the progressive Makabayan bloc, including Representatives Arlene Brosas (Gabriela); France Castro (ACT Teachers); Carlos Isagani Zarate, Eufemia Cullamat and Ferdinand Gaite (Bayan Muna); and Sarah Jane Elago (Kabataan).

HB 9826, which consolidated and substituted at least nine bills, provides for the creation of the Bida as a governmen-owned and controlled corporation (GOCC) with corporate powers that will formulate the Boracay Action Plan.

Under the bill, the Bida has the power to “contract, lease, buy, sell, acquire, own, or dispose … real property of whatever nature.”

Marquez and Haresco withdrew as coauthors of the final version of the bill. The list of those who voted to pass the bill was unavailable so it was not clear how Marquez and Haresco voted or whether they were present during the session.Task force replacement

The provincial board, the municipal council of Malay which has territorial jurisdiction over Boracay, and other towns in Aklan have passed separate resolutions opposing the bill.

Residents and business owners on the island have displayed streamers and posters against the GOCC-type Bida.

Local governments are strongly against provisions that grant Bida the power to issue business licenses and building permits and to set a limit to real property taxes that the local government could collect.

The Bida is intended as a permanent replacement to the Boracay Inter-Agency Task Force (BIATF) which was formed in 2018 to supervise the rehabilitation of the island.

The BIATF’s term was supposed to end in May 2020 but it had been extended twice to May 2022 due to unfinished rehabilitation activities.

The BIATF is also opposing the GOCC-type Bida as this could aggravate “overdevelopment and overtourism” on the island.Aklan officials are pushing for an interagency regulatory council similar to the BIATF instead of a GOCC-type Bida.