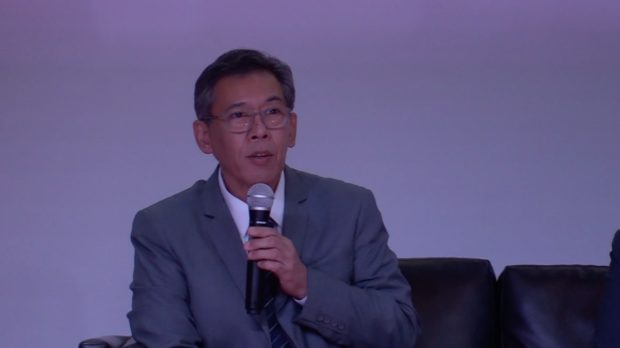 This comes as the nation marks the 49th anniversary of the martial law declaration by former president Ferdinand E. Marcos in 1972.

Diokno refuted those who insist that the martial law period was the Philippines’ “golden years.”

“It was the golden years for them [Marcoses], but not for the country,” he said in an interview over ABS-CBN News Channel.

“They had absolute and ultimate power over everything and that allowed them to accumulate so much resources, but it was the complete opposite when it comes to the welfare of the Filipinos,” he added.

The human rights lawyer cited data that showed the Philippines “lost two decades of development because of martial law” and was only able to recover from the economic slump in 2004.

“Even the national debt has soared during that time,” Diokno pointed out, adding that the ones who are paying for loans made during the Marcos regime are the next generation of Filipinos.

He also lamented people’s continuing support to the Marcos family despite various accounts of human rights violations and economic downturn during the martial law years for the emergence of “well-made” videos on the internet in the early 2000s which targeted the youth.

According to him, the videos were a bold attempt to distort what really happened during martial law.

He also noted the influence that the then-Ministry of Information had on the media, which deprived citizens of valuable information about the real situation of the country.

“There were times when the news that they made was actually manufactured,” Diokno said.

He likewise raised the lack of martial law education as it was not included in books and the curriculum.

“I was surprised that even my own kids, when they were still in basic education, whenever I ask them, they knew about the real story of martial law but they were telling me that the discussion is different in school.”

No ‘cracks’ in Aksyon Demokratiko after Hilbay’s exit — party exec