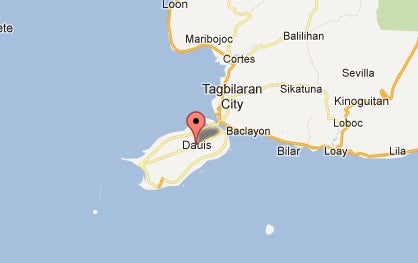 TAGBILARAN CITY—Agents of the National Bureau of Investigation (NBI) arrested an American fugitive in Bohol province on Monday afternoon.

Paul Franklin, 64, was caught at 3 p.m. on Monday, Sept. 20, in Barangay Union in Dauis town, where he lived with his Filipina girlfriend.

A mission order for his arrest was issued by the Bureau of Immigration (BI) based on the request of the United States government for violating his probation.

Franklin was previously convicted for possession and culture of marijuana and was subjected to surveillance since March 2021.

The BI said the suspect violated the Philippine Immigration law for being an undesirable and overstaying alien. His stay was only good until August 2021.

The US Embassy had already revoked his passport.

Guzock was temporarily detained at NBI-Bohol’s detention facility. He will be brought to BI’s Warden Facility in Bicutan, Taguig on Wednesday pending his deportation.