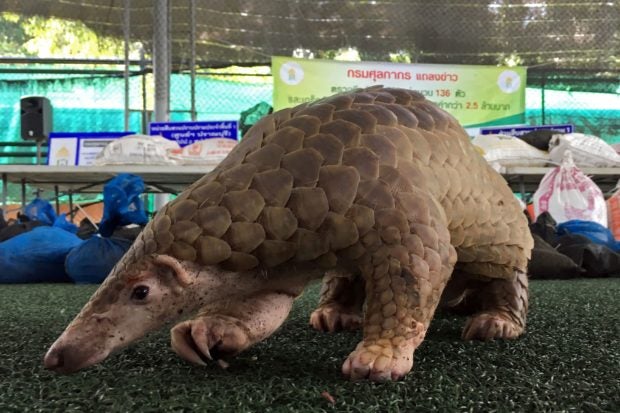 SINGAPORE — After a drastic reduction in wildlife trafficking during the pandemic, authorities in Southeast Asia must act swiftly to stop smugglers getting back in business once border controls are relaxed, according to a forthcoming UN report.

Traffickers’ networks were disrupted as countries shut their borders and tightened surveillance when the coronavirus struck last year.

Due to the widespread perception that the virus first emerged in a Chinese market where wildlife was sold, demand for wildlife products – like pangolin scales, bear bile, rhino horn – also dropped suddenly, as people became more aware of zoonotic diseases.

But these changes are temporary and Southeast Asia is likely to see a long-term increase in wildlife trade and trafficking, the U.N.’s Office on Drugs and Crime (UNODC) warned in an internal report intended for law enforcement agencies in the region, and reviewed by Reuters.

Jeremy Douglas, UNODC’s representative for Southeast Asia and Asia Pacific, said that the pandemic has gifted authorities an opportunity to do more to discourage consumers and clamp down on the traffickers’ supply lines.

But as the smugglers creep back, official seizures of illicit animal products have begun to tick up, making it important to maintain stricter border checks.

“The moment should not be lost,” Douglas told Reuters.

Southeast Asia, one of the world’s most species-rich regions, has long been a hotspot for wildlife trafficking. Rhinos are killed for their horns, crocodiles are farmed for their skin, otters and songbirds are captured as pets, rosewood is logged illegally.

According to wildlife NGO, Traffic, Southeast Asian countries “function as source, consumer and as entrepôts for wildlife coming from within the region as well as the rest of the world”.

There is high demand for illicit animal products in countries like China, Myanmar and Thailand, where they are used in traditional medicine or consumed directly.

Some governments have seized on the pandemic as a chance to impose much-needed bans on the wildlife trade. As the coronavirus was raging through the world in early 2020, China imposed an immediate ban on the consumption of wild meat and some wildlife trade, while Vietnam stepped up enforcement of its anti-trafficking laws in July that year.

Such policies have been effective in significantly dampening demand, the report states.

But recent law enforcement operations in China and Vietnam show traffickers have once again started moving pangolin scales across borders this year, according to Douglas.

The hunting of wildlife and extraction of illegal animal products did not entirely stop during the pandemic.

Through interviews with wildlife traders and traffickers in difficult-to-police regions in countries along the Mekong River – like Myanmar, Thailand, Laos, and China – the UNODC found evidence of wildlife products being stockpiled until prices and demand recover.

Park rangers in this and other parts of the world also reported seeing a rise in subsistence hunting as pandemic-related economic and job losses forced people to turn to forests to survive.