Australia steps up hydrogen funding ahead of climate talks 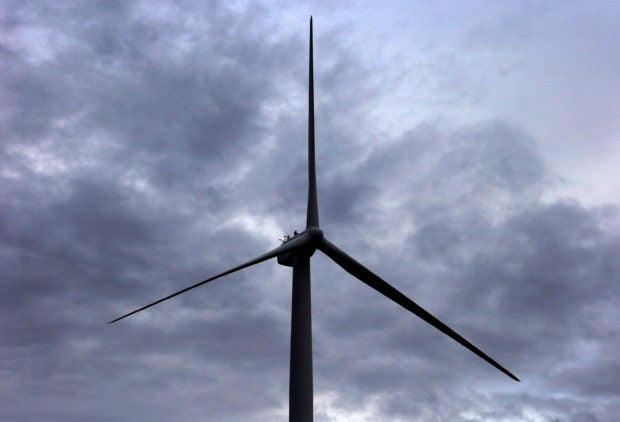 A worker stands atop a wind turbine during a routine inspection at the Infigen Energy wind farm located on the hills surrounding Lake George, 50 km north of the Australian capital city of Canberra May 13, 2013. REUTERS FILE PHOTO

MELBOURNE — Australia said on Monday it would step up grant funding for hydrogen projects to boost clean energy output, as it faces international pressure to set more ambitious carbon emissions reduction targets for 2030.

Prime Minister Scott Morrison said the government would provide an extra A$150 million ($108 million), increasing grants to A$464 million for feasibility studies and the construction of hydrogen projects in seven hubs, up from five, around the country.

“We are accelerating the development of our Australian hydrogen industry and it is our ambition to produce the cheapest clean hydrogen in the world, transforming our transport, energy, resources and manufacturing sectors,” Morrison said in a joint statement with Energy Minister Angus Taylor.

The conservative government has resisted international pressure to commit to a net zero carbon target for 2050 or deeper cuts than a plan to reduce emissions by 26% to 28% by 2030 from 2005 levels ahead of a United Nations climate summit in November.

Instead it has committed to spend A$18 billion over 10 years on a range of technology to help cut emissions, such as hydrogen, energy storage and carbon capture and storage.

The grants for hydrogen projects add to A$1.2 billion the government has allocated towards investing in hydrogen, including low-cost financing, aiming to drive down the cost of hydrogen production to less than A$2 per kg.

Germany, in comparison, has committed to investing more than 8 billion euros ($9 billion) in large-scale hydrogen projects.

“It’s certainly a vote of confidence in the industry and we hope there’s more to come,” Australian Hydrogen Council Chief Executive Fiona Simon said in a statement.