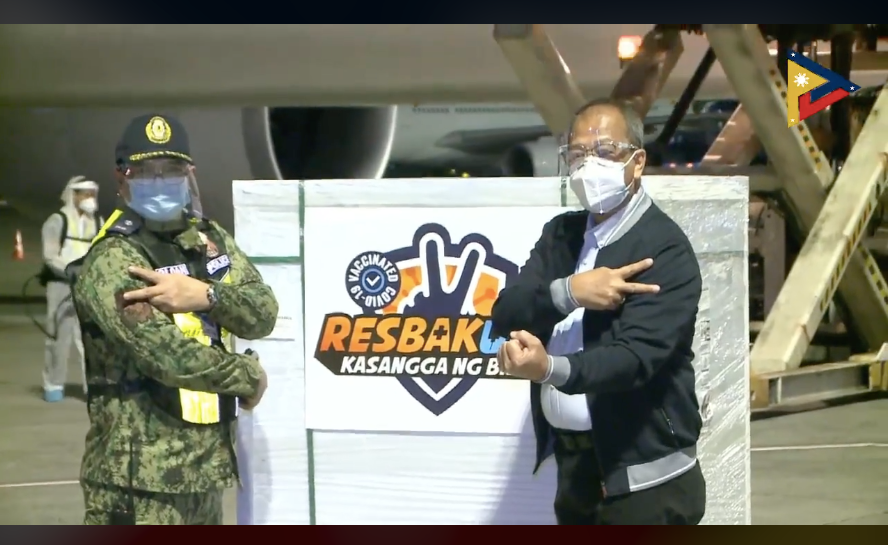 MANILA, Philippines — Three million more doses of Sinovac’s COVID-19 vaccine which was procured by the national government arrived in the country on Sunday.

The vaccines landed at the Ninoy Aquino International Airport at around 6 p.m. The jabs were welcomed by vaccine czar Carlito Galvez Jr.

According to Galvez, the majority of the vaccines will be distributed to several provinces.

The vaccine, however, has yet to receive its Certificate of Analysis (COA) and is only expected to arrive by next week.

(Because these are new works, so it means newly-produced. Unlike before, the COA was not delayed because they were stocked vaccines.)

(So what happens is that what we are doing here is that Sionovac really evaluates their new products very well.)

Aside from the Sinovac shipment, Galvez also said 2,020,590 million more doses of the Pfizer vaccine from the COVAX facility are expected to arrive the same day, bringing the total number of vaccine doses received by the country to 64.2 million.

Meanwhile, the total number of vaccine doses administered is now 18,475,950.

Galvez said that 20 million more vaccine doses are expected to arrive next week.

This batch came just a day after more than 960,000 doses of the Moderna COVID-19 vaccine arrived on Saturday.