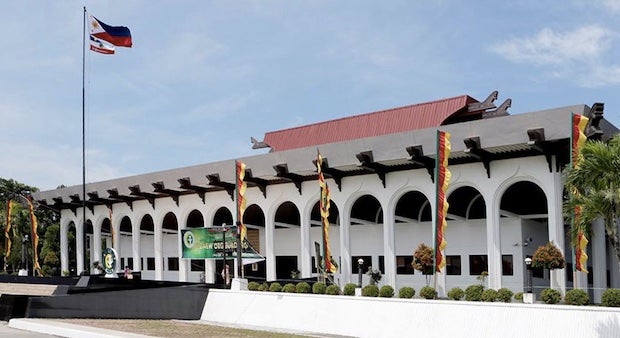 ILIGAN CITY, Lanao del Norte, Philippines — Thousands of Maranaos motored around several towns in Lanao del Norte and Lanao del Sur provinces on Saturday, Sept. 18. to express their gratitude to national legislators and to President Rodrigo Duterte for having the Bangsamoro transition extended by another three years.

Another caravan was also organized in Maguindanao town and in some parts of the Davao Region.

Both the House of Representatives and the Senate have passed the measure resetting the regional parliamentary elections originally set for 2022 to 2025, thereby extending the life of the MILF-led Bangsamoro Transition Authority, the provisional government of the Bangsamoro Autonomous Region in Muslim Mindanao since March 2019.

BARMM Interim Chief Minister Ahod “Al Haj Murad” Ebrahim said giving the BTA three more years “puts us in a better position to ensure that the provisions and agreements in the GPH (Government of the Philippines)-MILF peace process are properly implemented.”

“The extension of the transition period will allow the interim Bangsamoro Government to pour in all its efforts in establishing an institution that acknowledges the circumstances of the Bangsamoro, and will provide opportunities for everyone to take part in reshaping our homeland,” he added.

Ebrahim said that the president’s support for the measure was an act of “reassuring the success of the Bangsamoro peace process.”

“Praise be to Allah for making all of these possible, indeed if you are grateful, he will certainly give you more. Alhamdulillah,” Deputy Chief Minister Alim Ali Solaiman said in a statement.

Solaiman said the passage of the law that would extend the BTA would mean a lot to Bangsamoro people.

“This will mean that the lives and sacrifices of those who fought in this struggle and those who shed blood, sweat, and tears for the future generation to have a prosperous, and peaceful future in a region that is fully capable of charting its own destiny will not go down the drain,” Solaiman added.

For his part, Member of Parliament Said Shiek said the three-year transition was too short “for governmental reforms that will completely address and respond to the root causes of the problems in the Bangsamoro Region.”

“We are very grateful to President Duterte for certifying the BTA Extension bill as urgent, to the congress for fast-tracking the bill and to the Bangsamoro people for their constant prayers, efforts, and untiring support,” Shiek added.

For MP Marjanie Mimbantas, the BTA extension is a “life support to sustain the gains of peace.”

“A vehicle to ensure that youth of today inherits a fully enabled Bangsamoro region that can support them in their endeavors and development and help them assume their role as partners in nation-building,” Mimbantas said.

In a statement, House Speaker Lord Allan Velasco said he hoped that the transition extension would be able to provide the BARMM with “a more stable foundation in establishing itself as a truly autonomous region.”