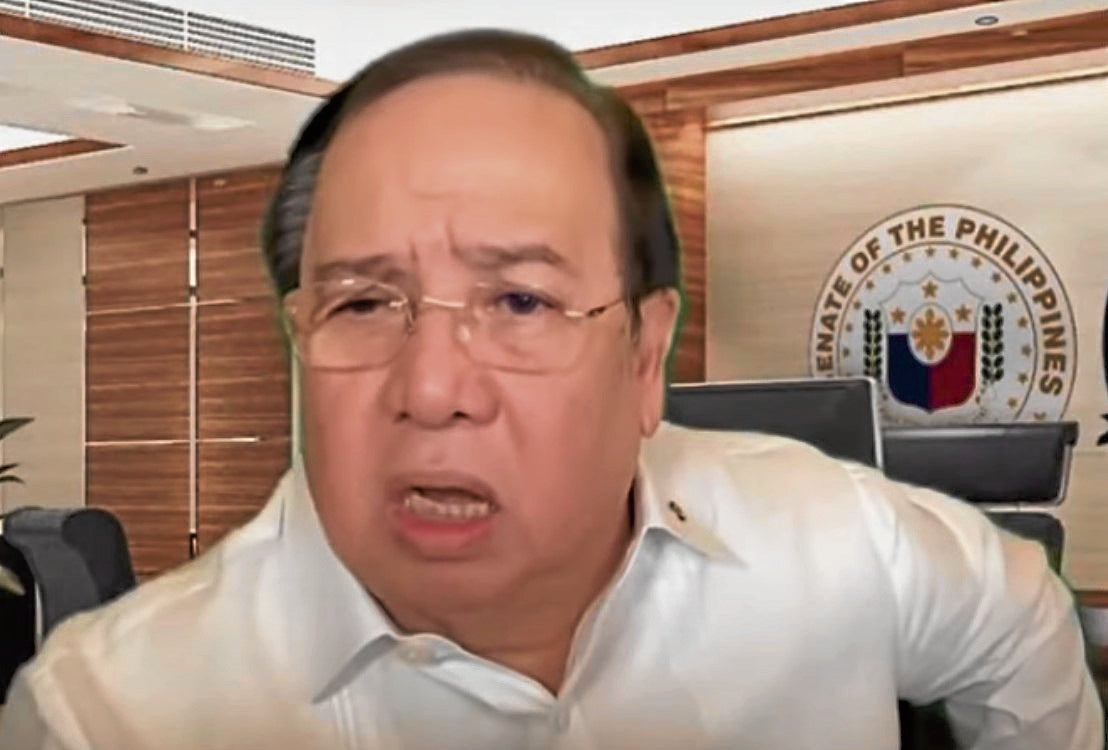 “You’re a cheap politician, Mr. President, as cheap as they come.”

These were the harshest words yet used by Sen. Richard Gordon against President Duterte for defending former presidential economic adviser Michael Yang and others involved in awarding government contracts worth P11.5 billion to an undercapitalized company, Pharmally Pharmaceutical Corp., in 2020 and 2021.

“It’s hard to support you because you don’t act like a president,” an emotional Gordon said on Friday after the President called him a corrupt “despot.”

“I didn’t vote for you, Mr. President. Today, I tell you, you are not the president the Filipino people can respect,” the chair of the Senate blue ribbon committee said, lashing back at Duterte.

The President had spent much of his recent televised appearances blasting the senator. He also ordered an audit of the Philippine Red Cross, a private humanitarian organization led by Gordon.

Gordon is leading a Senate inquiry into the allegedly irregular transfer of at least P42 billion pesos in pandemic response fund from the Department of Health (DOH) to the Procurement Service of the Department of Budget and Management (PS-DBM) then headed by former Budget Undersecretary Lloyd Christopher Lao.

The senators were told in past hearings that part of that money was used to pay Pharmally for overpriced face masks, COVID-19 test kits and personal protective equipment, an allegation strongly denied by Malacañang, the DOH and PS-DBM.

At one point during Friday’s hearing, Gordon choked back tears as he read a message from his daughter who was scared about the possible consequences of what he was doing and saddened that ordinary Filipinos may no longer care about the fight against corruption as they are burdened daily by pressing needs to overcome their poverty.

“Are you getting burned?” Gordon said, addressing the President.

“The truth, Mr. President, does not mind being questioned. Only liars mind. They don’t want to be challenged by questions they find hard to answer. They can’t answer, so they have someone answering for them—Attorney Duterte. He’s lawyering for them,” he said.

“Now, you are the one defending these people like Lao. But what I don’t understand is why are you the one answering for them?” Gordon said. “You’re defending Michael Yang. You don’t need to defend him—he’s a billionaire.”

In an earlier hearing, Pharmally executives disclosed that they were struggling financially and Yang loaned them money. They did not say how much. They also said Yang advanced payments for their purchases and guaranteed their contracts with his friends and suppliers from China.

Sen. Bong Go took up the cudgels for the President during the hearing and also defended himself, as he had been linked to both Yang and Lao.

Duterte’s longtime aide called on his colleagues to be “fair” to the administration.

“I believe in the President,” Go said. “I will sink and swim with the President. If he were not our President who has such political will, we would probably have sunk because of the number of people who are so stubborn and refuse to listen. Let’s be thankful that we have a president who loves our people and our country.”

Lao, who served as an election lawyer for Duterte, had worked in the Presidential Management Staff-Office of the Special Assistant to the President which was headed by Go. But Go has repeatedly denied any involvement in Lao’s work.

The senator asked Michael Aguinaldo, the chair of the Commission on Audit (COA), to repeat the remarks he made at a separate House inquiry that the COA did not determine any overpricing in the PS-DBM’s contracts with Pharmally.

“In the report of the PS-DBM, there were no findings of overprice,” Aguinaldo said. But the COA chief explained that this was because the state auditors’ observations “were limited to the management of the inventories.”

During Friday’s inquiry, senators continued to dig deeper into Pharmally’s transactions, seeking answers to how a company, with a paid-up capital of only P625,000 when it was incorporated in 2019, could have cornered in the following year huge government contracts for face masks, personal protective equipment (PPE), COVID-19 test kits and face shields, among other pandemic supplies.

Sen. Risa Hontiveros raised questions about an “unsolicited delivery” by Pharmally of 2 million surgical masks to the PS-DBM even before the company received a request for quotation or a notice of award.

The senator showed a text message exchange on April 6, 2020, between Pharmally incorporator Krizle Mago and a former employee of PS-DBM.

Mago had asked whether the former employee was aware that the company had delivered 2 million surgical masks “last week.”

The former employee replied: “Wait 2 million????… I thought your stock was only 900K. Uhm is this advance delivery[?]” Mago said: “Yes, advance haha.”

When the former PS-DBM employee asked who ordered the delivery, Mago said she was only instructed by her “boss.”

Asked during Friday’s hearing to reveal who she was referring to, Mago said that she could not recall, but that she usually discussed deliveries with Pharmally corporate treasurer and secretary Mohit Dargani and director Linconn Ong. But the two men also said they could not recall the details.

“They delivered two million face masks when they didn’t even know the price yet. The price of masks in the first quarter of 2020 was very volatile,” she said.

Hontiveros noted that on the same day these messages were exchanged, Pharmally delivered 500,000 surgical masks to PS-DBM’s warehouse even before the company received the notice of award for the P13.86-million contract, the first deal the company had officially won.

The senator said this was highly irregular since in an emergency procurement, the process should start with the issuance of a request for proposals, opening of proposals, evaluation, negotiation (including terms of delivery), issuance of resolution recommending the award, issuance of the notice of award and then the purchase order.

Senate Minority Leader Franklin Drilon said the COA was wrong to assert that it found no overpricing in the Pharmally contracts, noting that the price per PPE set was fixed at the suggested retail price of P2,000 by the DOH. Pharmally sold its PPE to the government for P1,910 per set, but senators learned it got them from a Chinese supplier for P1,150 apiece with Yang’s help.

“Take note it’s SRP (suggested retail price), it means suggested, but we bought it in bulk. So that should not be a basis for saying there was no overprice, because simply what was bought was bought in bulk,” he said.

Drilon suggested there was something mysterious in the Pharmally contracts.

“Something which is not usual in the ordinary course happened here, including the previous testimony that they (PS-DBM) inspected merchandise even before it arrived, and signed the inspection report, even before the supplies were delivered,” he said.