Income disparity, pandemic in focus as race for next Japan premier kicks off 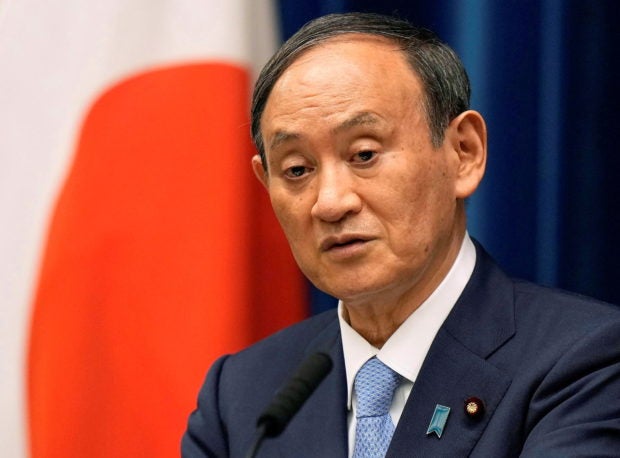 TOKYO — Candidates vying to become Japan’s next prime minister promised to restore popular trust in the ruling party by tackling income disparity, the coronavirus pandemic and climate change as they launched campaigns on Friday.

Suga two weeks ago said he would step down after only one year as prime minister, setting off the contest. The new leader of the LDP – the dominant force in Japanese politics for most of its post-war history – will become prime minister by virtue of the party’s majority in the lower house of parliament.

“Our fight against coronavirus is crucial. That’s my thinking as I give my support to Mr Kono,” Suga told reporters, adding he was hoping for an active discussion among the candidates.

The LDP’s image has been battered by public perceptions that Suga bungled the handling of the COVID-19 pandemic and lawmakers are keen for a fresh face to lead them into a general election expected within two months.

Kono, whose previous jobs include the foreign and defense portfolios, faces off against former foreign minister Fumio Kishida, Sanae Takaichi, who held the internal affairs ministry post, and Seiko Noda, a former minister for gender equality. 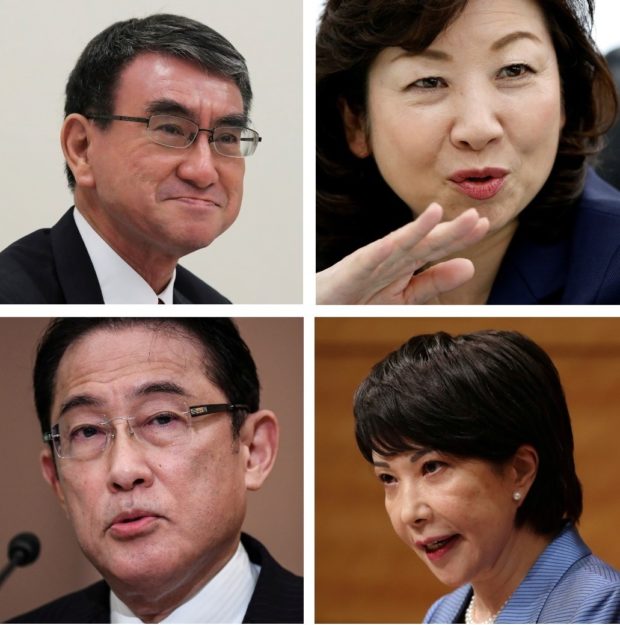 A common theme on Friday was fighting income disparity and regaining voter trust before the election, with candidates appearing to step back from the growth policies of Abe, known as “Abenomics”, which Suga maintained.

“We shouldn’t have a pre-set idea on the size of any stimulus package. What’s important is to spend money on investment for the future,” Kono said. “Among them is to aid families with children.”

“Abenomics caused big changes in the economy, but corporate profits did not lead to higher wages. We must shift our focus toward boosting household income, from corporate profits,” he said.

The U.S.-educated Kono, at 58 is on the young side for a Japanese premier and is widely seen as frontrunner due to his popularity with the public, who regularly choose him as their favorite for the top job. Investors have also recently warmed to Kono at Kishida’s expense.

Kono’s chances were bolstered this week when LDP heavyweight Shigeru Ishiba, who is popular with the party rank and file and had been considering his own candidacy, threw his support behind him.

But Kono has a reputation as a maverick, and party elders may favor the soft-spoken Kishida, 64, who hails from one of the party’s more dovish factions, due to perceptions he may be more successful than Kono at building consensus.

Kishida echoed Kono by pledging to ease income disparities, which he said the pandemic had worsened, reiterating that he would do this by building a new form of capitalism and redistributing more income to households.

He has also proposed a spending package of more than 30 trillion yen.

“But I think the biggest theme of the LDP election is restoring faith in the party,” he said.

Takaichi, 60, a disciple of Abe, Japan’s longest-serving premier, and a member of the LDP’s most conservative wing, said she would take up Abe’s goal of revising the pacifist constitution.

Abe publicly endorsed her on Twitter on Thursday, praising her “determination to defend Japan’s sovereignty and her strong view of the nation”.

Noda, 61, who joined the race on Thursday after winning the support of the required 20 lawmakers, is seen as a long shot. But she could have a significant impact on the race by making it harder for one candidate to win a majority in the first round.

It is the first time two women have run in an LDP leadership race and Noda promised to work for more diversity.

“On my becoming Japan’s first female prime minister, I would accelerate society’s paradigm shift,” she said.

“I would strive to fill half of the ministerial posts in my cabinet with women.”