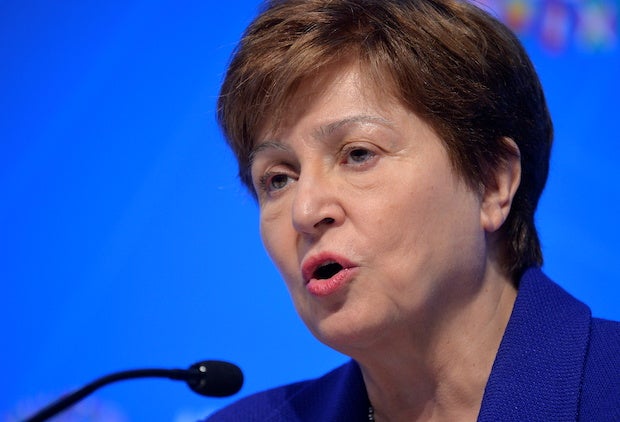 Washington, United States — IMF chief Kristalina Georgieva on Thursday disputed an independent investigation which found that in her previous job at the World Bank, she pressed staff to alter a report to avoid angering China.

Based on the findings, the World Bank announced that it was immediately discontinuing its Doing Business report after the investigation found irregularities in the 2018 and 2020 editions.

Georgieva, a Bulgarian national who took the helm of the IMF in October 2019, rejected its conclusions regarding her role.

“I disagree fundamentally with the findings and interpretations of the Investigation of Data Irregularities as it relates to my role in the World Bank’s Doing Business report of 2018,” she said in a statement.

The allegations could damage her reputation, and provide grist for long-time US critics of the multilateral organizations and their treatment of China.

“These are serious findings,” the US Treasury said in a statement, noting that it is “analyzing the report.”

“Our primary responsibility is to uphold the integrity of international financial institutions,” the statement said.

Georgieva said she briefed the IMF board on the situation. The board is expected to meet to discuss the issue but it is unclear when.

Justin Sandefur of the Center for Global Development, who has written extensively about the problems with the report’s methodology, said, “We need to hear her side of the story, but it doesn’t look great right now.”

“The IMF is in charge of monitoring the integrity of macroeconomic and financial data internationally, and for the head of the IMF to have been involved in data manipulation is pretty damning allegation,” he told AFP. “That does seem like a real hit on their credibility.”

The flagship report ranks countries based on their business regulations and economic reforms and has caused governments to jockey for a higher spot to attract investors.

According to the investigation, Beijing complained about its ranking of 78th on the list in 2017, and the next year’s report would have shown Beijing dropping even further.

The Washington-based development lender’s staff was preparing the 2018 edition while leadership engaged in sensitive negotiations to increase its lending capital, which hinged on an agreement with China and the United States.

In the final weeks before the report was released at the end of October 2017, the World Bank’s then-president Jim Kim and Georgieva, at the time the bank’s CEO, asked staff to look into updating the methodology in regard to China, according to the investigation by law firm WilmerHale.

Kim discussed the rankings with senior Chinese officials who were dismayed by the country’s ranking, and his aides raised the issue of how to improve it, according to the summary of the probe, released by the World Bank.

It is considered one of Kim’s signature achievements that he shepherded a deal for a $13 billion increase in World Bank resources.

The bargain required support from the US president at the time Donald Trump, who opposed concessional lending to China, and from Beijing, which agreed to pay more for loans.

Amid the pressure from upper management, staff changed some of the input data, which boosted China’s ranking in 2018 by seven places to 78 — the same as it was the previous year, according to the investigation that analyzed 80,000 documents and interviewed more than three dozen current and former employees of the lender.

Georgieva chastised a World Bank senior official for “mishandling the Bank’s relationship with China and failing to appreciate the importance of the Doing Business report to the country,” the report said.

After the changes were made, she thanked him for “doing his part for multilateralism.”

Georgieva later visited the home of the manager in charge of the report to retrieve a copy, and thanked them for helping to “resolve the problem.”

Paul Romer, a Nobel Prize winner who served as the World Bank’s chief economist at the time, resigned in January 2018 after telling a reporter that the methodology for the ranking had been changed in a way that could give the impression political considerations affected the results.

At the time, the World Bank strenuously denied any political influence over the rankings.

The investigation also found “improper changes” in the 2020 report affecting the rankings of Saudi Arabia, the United Arab Emirates, and Azerbaijan.