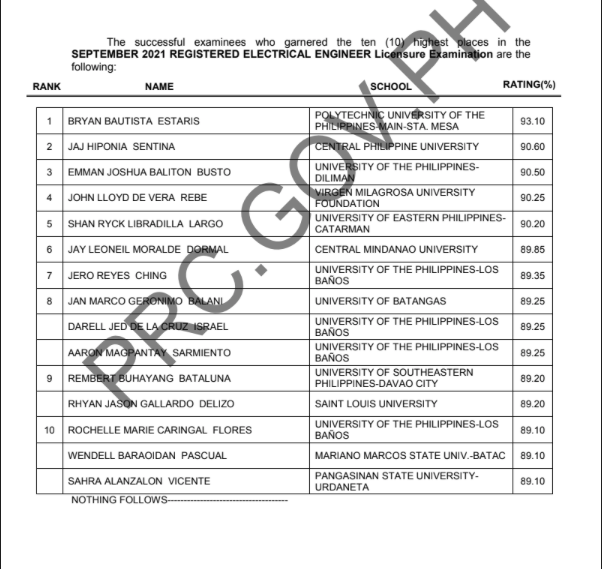 MANILA, Philippines — The Professional Regulation Commission (PRC) on Thursday announced that 1,668 out of 2,590 aspiring electrical engineers, led by a Polytechnic University of the Philippines graduate, hurdled the September 2021 Electrical Engineer Licensure Examination.

Bryan Bautista Estaris of the PUP – Sta. Mesa in Manila topped the list of passers with a rating of 93.10 percent.

Jaj Hiponia Sentina of the Central Philippine University ranked second with a rating of 90.60 percent, followed by Emman Josua Balitan Busto of the University of the Philippines – Diliman, who scored 90.50 percent.

Meanwhile, 1,506 out of 2,233 passed the Registered Master Electrician Licensure Examination also given by the Board of Electrical Engineering.

The complete list of Electrical Engineer Licensure Examination passers can be viewed here: