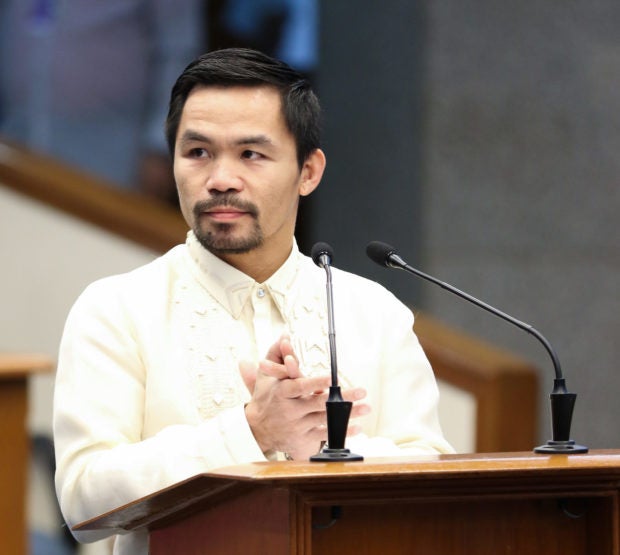 MANILA, Philippines — Sen. Manny Pacquiao reiterated on Thursday that he considers corruption as the country’s main problem that has stunted economic growth and perpetuated mass poverty.

(I pointed this out already before that corruption seems to be two to three times as bad today compared before. And it seems to have gotten worse at this time when there is a pandemic.)

​Pacquiao is a member of the Senate Blue Ribbon Committee investigating the alleged overpriced procurement of various supplies for the country’s COVID-19 response, as initiated by the Procurement Service of the Department of Budget Management.

​”Nakakalungkot na nangyayari ang mga ganitong uri ng kurapsyon habang nilalabanan nating ang coronavirus,” he pointed out. (It saddens me to see cases of corruption are coming out while we are now busy fighting the coronavirus.)

​The eight-division boxing champion-turned senator emphasized that unless corrupt public officials are brought to justice, massive corruption will continue to devastate us, divert taxpayers’ money from delivering vital social services such as education and health, and keep millions of Filipinos in dire poverty.

(It is important that people involved in graft and corruption go to jail because of pocketing the money from our country’s coffers. Billions worth are being stolen, instead of going to education and health programs. We cannot defeat poverty if we cannot defeat corruption.)

​Pacquiao has said that he would reveal before the end of this month whether to run for higher office or to retire from both boxing and politics altogether.