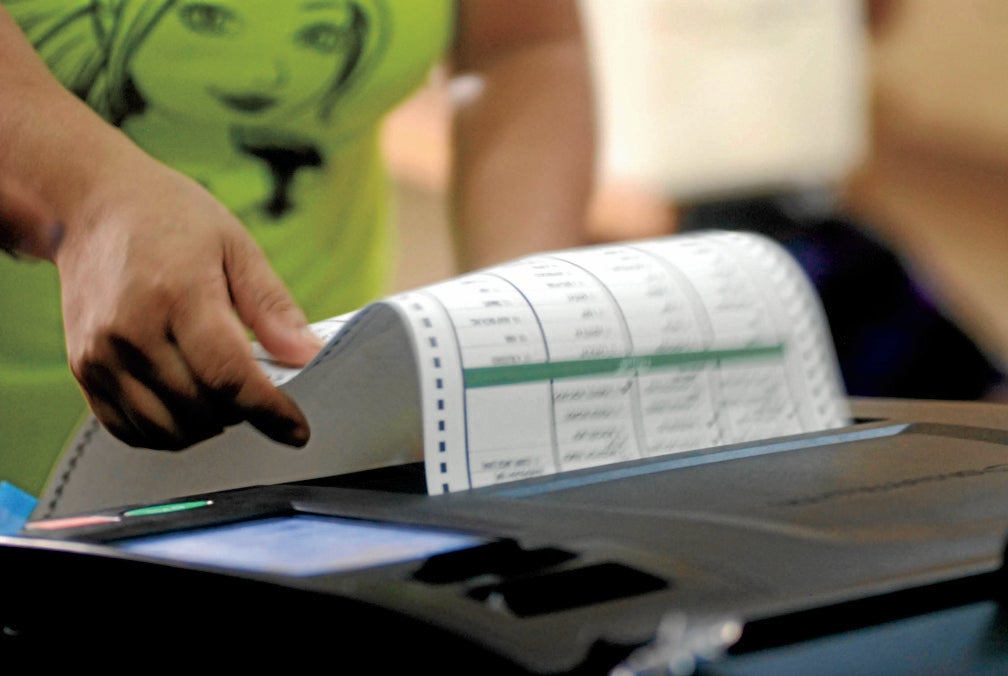 A voter places her ballot in a PCOS machine after voting at precinct 169 of San Antonio High School in Makati City. INQUIRER file photo / ARNOLD ALMACEN

MANILA, Philippines — There will be not enough time to allow the extension of voting days in the 2022 polls even if Congress seeks to amend the constitutional provision prohibiting multi-day elections, Commission on Election (Comelec) Chairman Sheriff Abas said Thursday.

“If they will amend it, wala na din silang oras (they have no time left) because to amend a constitutional provision takes a lot of debate and a lot of time,” Abas told ABS-CBN News Channel when asked about the possibility of amending the Constitution to allow the proposed extension of voting days.

Under the Constitution, the election must be held on the second Monday of May.

Previously, vaccine czar Carlito Galvez said the task force managing the country’s COVID-19 situation is looking into the possibility of having next year’s elections being held over several days.

“I think we have plenty of time,” Galvez then said when asked if he thinks the law can still be amended with the elections already nearing.

If Congress would extend the voting days, however, Abas said the Comelec’s budget should also be “doubled” as well.

“If they will amend it, they have to double our budget, because hindi pwede na ang bayad mo sa teacher ay pang isang araw lang (you could not pay teachers for only a day’s worth of salary),” he said.

(For us, it’s the default, we are ruling that out in our preparations.)

The Comelec earlier said it is looking at extending voting hours on election day which falls on May 9, 2022.