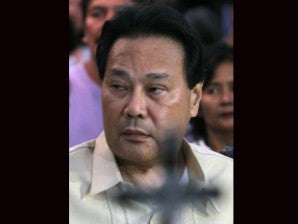 A religious association on Sunday called on impeached Chief Justice Renato Corona to allow the opening of his dollar accounts for the sake of transparency and accountability.

In a statement, the Association of Major Religious Superiors of the Philippines (AMRSP) expressed its disappointment over the Supreme Court’s issuance of a temporary restraining order (TRO), which barred the Senate, acting as an impeachment court, from obtaining Corona’s dollar accounts.

AMRSP said that with the impeachment trial being a “political process to protect the integrity, transparency and accountability of a democratic government,” the Chief Justice must respect the process.

“We implore Chief Justice Renato Corona to listen to the stirrings of truth, justice and respect the Senate court and the impeachment proceedings,” AMRSP said.

Corona’s dollar accounts and other bank deposits were supposedly part of evidence relevant to the second article of the impeachment complaint against the Chief Justice.

“This issuance of the [TRO] by the Supreme Court is indeed disappointing since the impeachment trial is an invaluable political process to restore, renew and strengthen the integrity, transparency and accountability of the judiciary and Philippine governance,” the group said.

Its statement was posted Sunday on the website of the CBCPNews, the official news service of the Catholic Bishops’ Conference of the Philippines.

An organization of 275 women religious congregations in the country, AMRSP also said it was “doubly disheartened” with the senator-judges who agreed to obey the high tribunal’s TRO.

“The only question they should have asked themselves before voting was: Will the TRO serve to discover the truth or will it hinder it?” said the superiors, noting that the answer to such a query was apparent.

They also called on the senator-judges to remain firm in their duty to pursue the truth while maintaining their independence as an impeachment body. Jocelyn R. Uy