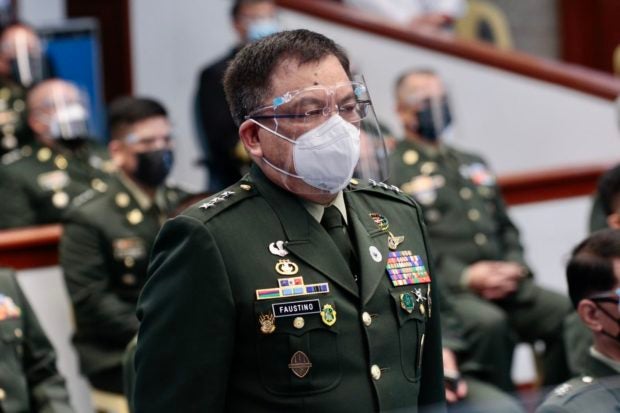 Faustino is the 10th AFP chief to be appointed under President Rodrigo Duterte, where AFP chiefs served an average of six months. He took the reins of the AFP last July 31 and is set to retire on Nov. 12 when he reaches the mandatory retirement age of 56.

“The AFP leadership is grateful for the Commission on Appointments’ continuous trust and support as we rise through the military ranks taking on higher responsibilities to serve our country,” Faustino was quoted as saying.

The CA also confirmed the nomination of Southern Luzon Command chief Maj. Gen. Bartolome Bacarro, whose confirmation was earlier deferred after it was opposed by the family of Philippine Military Academy cadet Darwin Dormitorio, who died from hazing in the hands of fellow cadets in 2019.

Bacarro was PMA commandant of cadets at that time. But in 2020, the Baguio City Prosecutor’s Office cleared Bacarro and three other PMA officials for lack of probable cause. The Dormitorio family filed a petition for review at the Department of Justice in the same year.

Also confirmed were Col. Perpetuo Tan Jr. from the Veterinary Corps, Col. Jesus Francisco Torbela from the Corps of Professors, and Col. Rene Tambago from the Chaplain Service.