Typhoon-hit Batanes under state of calamity 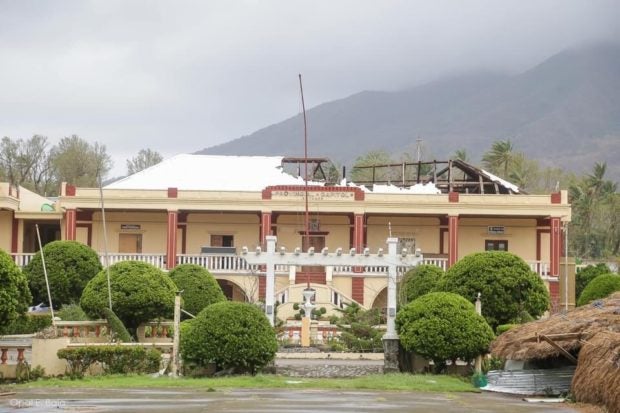 NO MATCH The modern provincial capitol in the Batanes capital of Basco, made of concrete and steel, is no match to the powerful winds brought about by Typhoon “Kiko” (international name:
Chanthu) as a section of the building’s roof is torn off. —PHOTO COURTESY OF OPAL BALA

ITBAYAT, BATANES—Following the devastation caused by Typhoon “Kiko” (international name: Chanthu) in this northernmost province, residents and officials have appealed for help, including construction materials, to rebuild their homes destroyed by strong winds.

In a radio interview on Monday, Gov. Marilou Cayco said the extent of the typhoon’s damage had prompted the provincial board to declare the province under a state of calamity.

She said affected villagers would need wood, roofing sheets and tents for their temporary shelters while the provincial government starts the rehabilitation of hardest-hit areas.

Cayco said residents would also need more food supplies and replenishment of rice stocks since the typhoon destroyed several farms. Their remaining supply of rice would only last for a week, she added.

Gulaga said the estimate was based on the initial field assessment of farm owners in at least five villages of this island town.

Infrastructure damage was pegged at P7.3 million after some school buildings, houses, government offices, major roads and the municipal airport were either damaged or destroyed by the typhoon, said municipal engineer Clifford Benarao in a separate interview.

Cayco said she would ask officials of the Department of Environment and Natural Resources to allow villagers to cut fallen trees and use these to repair their houses.

She said at least 70 percent to 80 percent of the 18,831 residents of Batanes had been affected by the typhoon, with some families still staying in several evacuation centers three days after the typhoon struck. 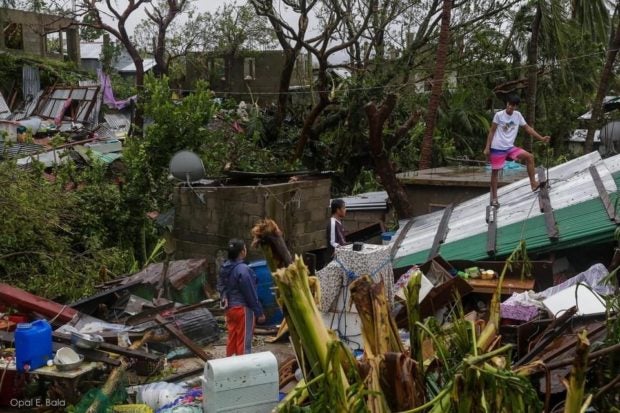 STARTING OVER Residents of Basco sift through the debris after Typhoon “Kiko” battered the island province of Batanes last week. Provincial officials are appealing for assistance to help them rebuild homes destroyed by Kiko, one of the strongest typhoons to hit Batanes. —PHOTO COURTESY OF OPAL BALA

Some residents likened the impact of Kiko to Supertyphoon “Yolanda” (Haiyan), which struck the Visayas and affected over 16 million people in 2013.

Tropical Cyclone Warning Signal No. 4 was hoisted over Batanes and the northeastern portion of Babuyan Islands at the height of its onslaught on Saturday.

Kiko packed maximum sustained winds of 215 kilometers per hour and gustiness of up to 265 kph when it hit Batanes shortly after making a landfall over Ivana town around 8:30 a.m. on Sept. 11.

At that rate, Kiko was nearing a supertyphoon category threshold, which has maximum sustained winds exceeding 225 kph, according to the government weather bureau.

In Cagayan province, Kiko’s damage to agriculture, livestock and infrastructure reached P54 million, according to the provincial disaster risk reduction and management office.

Initial assessment showed that about 620 hectares of rice and vegetable farms were destroyed by the typhoon, affecting 911 farmers.